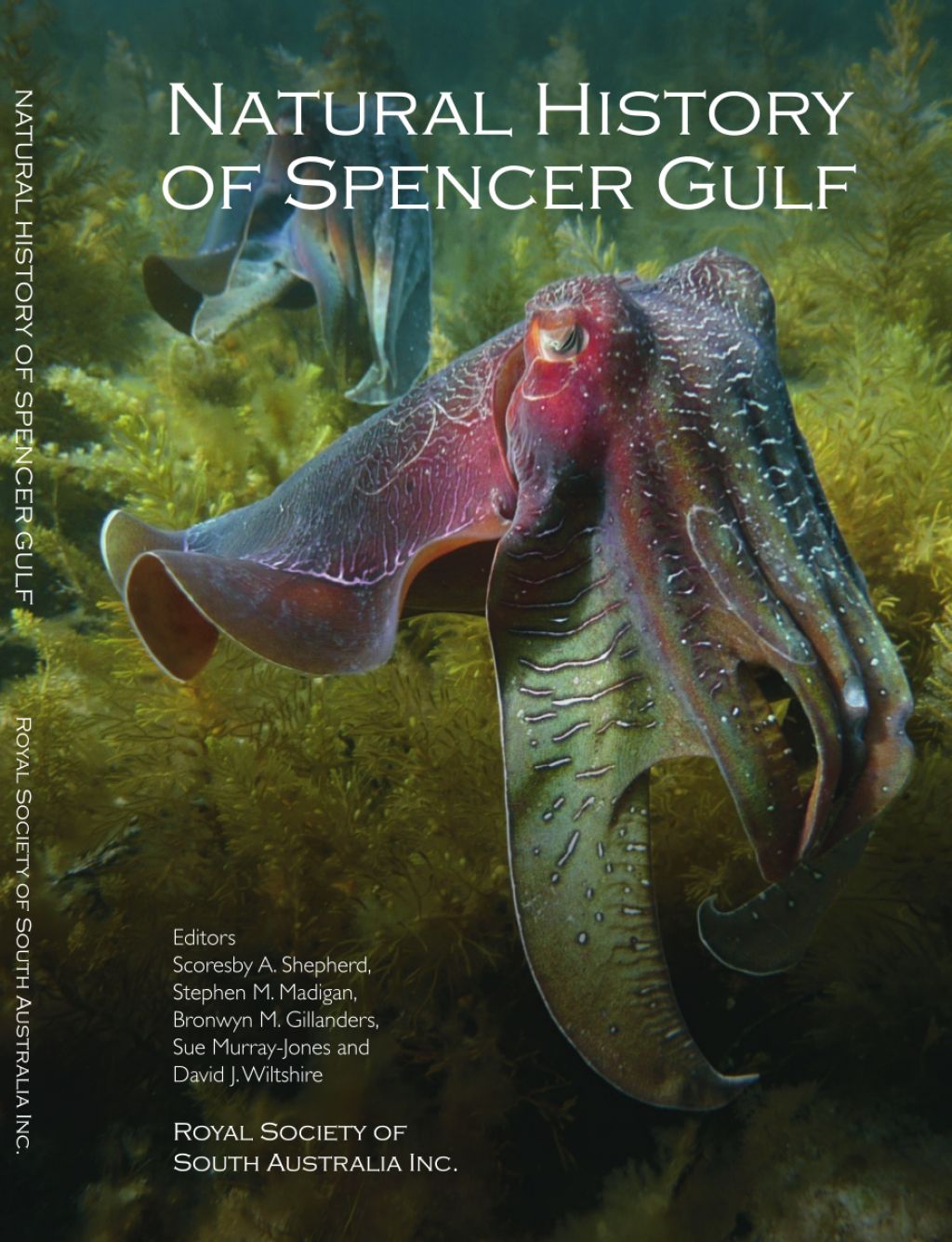 The Natural History of the Spencer Gulf has been documented in a new book that was launched today. The book has been written by over 60 marine and social science experts.

Prof Bronwyn Gillanders from the Environment Institute’s Marine Biology program and lead scientist of the Spencer Gulf Ecosystem Development Initiative is one of the Editors and has also authored a chapter on the giant Australian cuttlefish.

Prof Gillanders made the connection between the documentation and research of the Gulf’s past, with the future:

“The Natural History of the Spencer Gulf provides a valuable account of the beauty and value of Spencer Gulf, which also paves the way for research and initiatives such as the Spencer Gulf Ecosystem Development Initiative (SGEDI) to ensure that this area remains a thriving, vibrant and pristine part of South Australia’s future.”

The book was published by the Royal Society of South Australia and includes 30 chapters with information on the Gulf’s history over the past 200 years including: physical characteristics; whales, dolphins and seals; seabirds; reef fishes; giant Australian cuttlefish; recreational and commercial fishing; marine pollution; management and protection; climate change; and fish population studies. 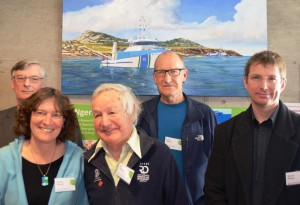 ‘Spencer Gulf is a unique ecosystem, an inverse estuary on a temperate coast of an arid, ancient and weathered continent. The Gulf is both highly productive and uniquely fragile where a complex interplay of ecological and biophysical processes has resulted in an environment with an incredible diversity of flora and fauna. In short, Spencer Gulf is an environment that is as beautiful as it is rare, and one which deserves a special place in our hearts and minds; a justification in and of itself for a book such as this Natural History of Spencer Gulf.’ (Professor Anthony Cheshire, June 2014)

In his speech, Minister Brock noted that he had lived in the Spencer Gulf region his whole life and had learnt so much already from the book. He commented that the book presented issues such as pollution, fishing, climate change and other big issues that impact the Spencer Gulf, and that the area was currently in good health, and this should be preserved.

The book can be purchased from the South Australian Museum Shop, or ordered through the Royal Society by downloading an order form, completing and emailing to roysocsa@gmail.com.

The Spencer Gulf Ecosystem and Development Initiative has attracted media attention this week as Port Pirie lead smelter, Nyrstar joins the growing list of industry leaders currently supporting the project. “This initiative is unique because it is the first time a truly holistic approach is being undertaken with all the key players” said Professor Bronwyn Gillanders to […]

Nyrstar is yet another company joining the growing list of major industry players who have joined the Environment Institute’s Spencer Gulf Ecosystem and Development Initiative to promote sustainable development in the Gulf. Nystar is a mining and metals company and along with BHP Billiton, Santos, Alinta, Arrium Mining, Centrex Metals and Flinders Ports is now a […]