More than 100 years since they were first discovered, some of the world’s most bizarre fossils have been identified as distant relatives of humans, thanks to the work of University of Adelaide researchers. 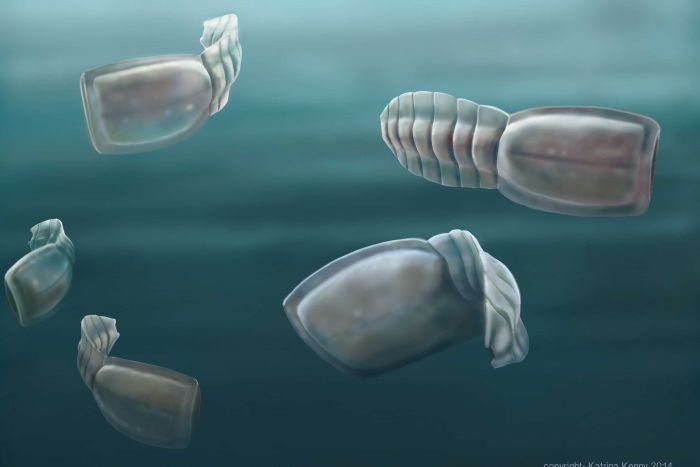 An artists impression of the vetulicolians, now believed to be related to humans. (Katrina Kenny)

Alien-like in appearance, these marine creatures were “filter-feeders” shaped like a figure-of-8. Their strange anatomy has meant that no-one has been able to place them accurately on the tree of life, until now. 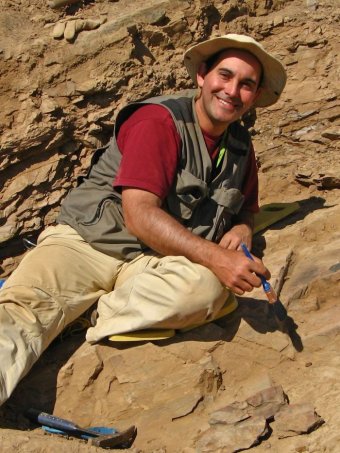 Dr Diego Garcia-Bellido is the lead author of the paper published in  BMC Evolutionary Biology.

In the study, researchers at the University of Adelaide’s Environment Institute and the South Australian Museum argue for a change in the way these creatures are viewed, placing them with the same group that includes vertebrate animals, such as humans.

Diego is one of the Environment Institute’s Future Fellows, and said “Although not directly related to humans in the evolutionary line, we can confirm that these ancient water creatures are among our distant cousins”.

At the Emu Bay fossil site on Kangaroo Island, Australia, Cambrian fossils more than 500 million years old can be found. In 2009, a new species of vetulicolian, Nesonektris aldridgei, was first found here, but it wasn’t until three years later that researchers discovered the notochord-like rod in the animal’s tail which allowed them to be identified as distant relatives of vertebrate species such as humans. 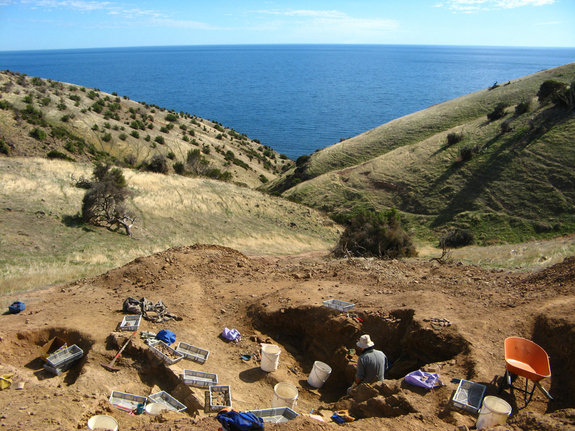 This research has been covered in the news worldwide at 891 ABC Radio Adelaide, Nature Research Highlights, Fox News, Nature World News, Live Science and The Lead SA amongst others. The story also made page 3 of the Australian.

Diego spoke with Ian Henschke on 891 ABC Adelaide about the secrets of the universe and the secrets of life….and manages to condense 14 million years into just 25 minutes. Listen to the podcast.

This entry was posted in ACEBB, News, Publications. Bookmark the permalink.