Hot tip: how to give the land a break after a fire

Professor Andy Lowe was interviewed by Simon Royal for 7:30 SA about how removing sheep from the land for a period time could provide just the helping hand the land needs to fully recover after a fire. 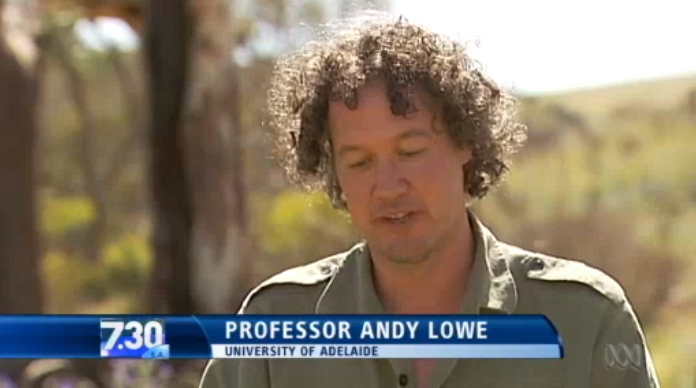 Nine months after the devastating Eden Valley fire, Andy Lowe visits farmer Brenton Newman at Sanderston, 80km east of Adelaide, to see for himself the astonishing revegetation that has occurred.

Andy Lowe explains that the removal of grazing sheep from the land was the critical factor in the revegetation. In addition, the fire occurred at the right time of year, with an intense burn, and then over winter, there was quite heavy rainfall. These are ideal conditions for vegetation regeneration.

“If the regeneration had come through and then been knocked on the head by sheep grazing, it wouldn’t have done nearly as well.” says Professor Lowe. “If sheep can be kept off the property for a while longer, we are going to see fantastic reestablishment of native species.” 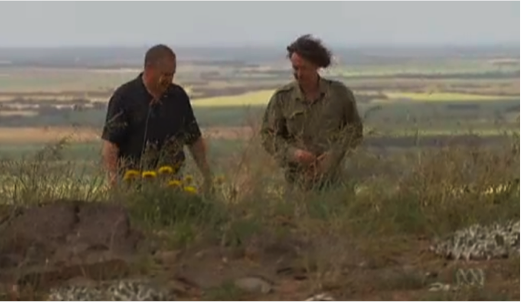 Dozens of native species have come up in numbers Brenton Newman has never seen before.

“This type of conservation “estate” returns large numbers of additional benefits to a range of the communities around here” for example:

Andy acknowledges that it should not be up to the farmers to bear the costs of such conservation efforts, and that society as a whole should bear the cost given that they are receiving the benefits.The idea of farmers leasing land for conservation effort is a novel idea that could be taken up by groups and individuals that stand to benefit.
The full interview can be accessed at the ABC news website, and click here for a related story from earlier in the year.

Bushfires not only burn vegetation above the ground, but also impact on organic matter and organisms in the soil. Professor Petra Marschner’s research into the recovery of soils after fire is highlighted in the latest e-Science Magazine. “Fires are part of the Australian landscape. Therefore it is important to better understand their effect on ecosystems […]