The Environment Institute is excited to host Franck Courchamp, who will be visiting Adelaide from Paris to present a seminar entitled: “Interactions between climate change and biological invasions”. 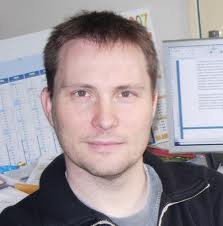 I did my PhD thesis in Lyons, France, on the epidemiology of Feline Immunodeficiency Virus as a marker of population structure of feral cats. I then did a first postdoc at the Scripps Institution of Oceanography of UCSD, where I worked on invasive species on islands (trophic relationships) and a second postdoc in Cambridge, UK, where I worked on the Allee effect.

I’m now a Researcher at the CNRS, working at University Paris XI, leading a small group of research: “Biodiversity Dynamics”, on conservation biology focused at the population and community levels. In addition to invasive species and Allee effects, I also work on the overexploitation of rare species and on the effects of climate change on biodiversity.

All projects are approached through a mix of field work, experimental and empirical studies and modeling and I focus on many different species, from rats to ants and African wild dogs to miconia trees.

Biological invasion and climate change are increasingly recognized as being among the greatest threats to biodiversity. There is general consensus that the distributions of invasive species are likely to expand with climate change; however this common assumption remains untested. Here we model suitable area globally for two large samples of some of the worst invasive species, both currently and with predicted climate change (in 2080), globally, regionally and within the world’s 34 biodiversity hotspots. Our first sample is taxonomically and ecology very large, and serves to provide an overall pattern of relationships between these two global drivers: all the species of the infamous “100 of the world’s worst alien invasive species” IUCN list. Our second sample is focused on 15 species of one single family with homogeneous ecological traits, ants, and serves to show that our findings hold even within a relatively small set of similar species. Using ensemble forecasts from species distribution models to project future suitable areas of invasive species, we show that climate change will likely cause drastic shifts of potential range of invasive species. Looking at potential spatial aggregation of invasive species, we also identify several future hotspots of invasion. Surprisingly, we also show that, in both cases, the potential distribution of only some species is predicted to increase with climate change, with many others declining. Similarly, some regions will gain invasive species, but others will lose some, and the changes will not simply amount to a shift poleward. Contrarily to general expectations, climate change and biological invasions will not systematically act synergistically. However, alien invasions will likely remain a major global problem, especially where invasion hotspots coincide with biodiversity hotspots.

Join us for a fascinating seminar presentation.

Franck was interviewed by Radio Adelaide and talks about the interactions between climate change and some of the worst invaders on the plant. Listen to the podcast

Read one of Franck’s most recent publications entitled “Vulnerability of biodiversity hotspots to global change” check out his blog Biodiversity Dynamics and follow him on twitter @franckcourchamp.

The Environment Institute recently hosted Franck Courchamp, who visited Adelaide from Paris to present a seminar entitled: “Interactions between climate change and biological invasions”. To quote Franck: “I have been working for years on biological invasions. You know, the species that are put into regions in which they don’t belong and that just expend madly and outcompete […]

This entry was posted in Events, GEL, Seminars and tagged franck courchamp. Bookmark the permalink.