Not many people realise that the Tasmanian devil was once widespread in mainland Australia, but today it is restricted to the island of Tasmania where devil facial tumour disease and low genetic diversity threaten its long-term survival. 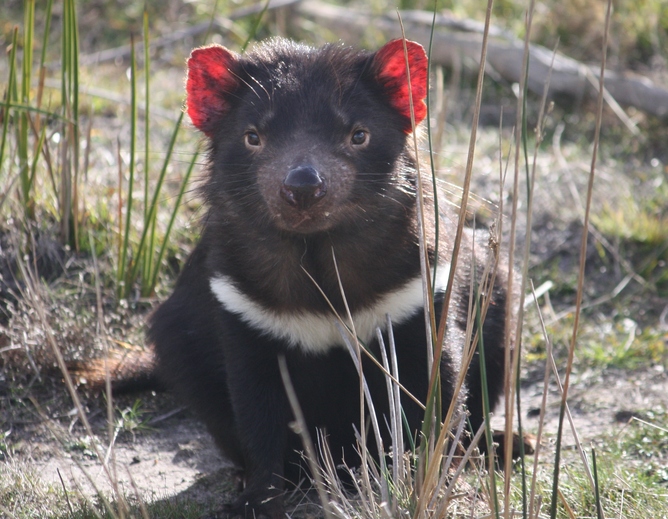 New research has found that Tasmanian devils have survived two major population declines in the last 50,000 years. These results suggest climate change, and not modern human activities, has been responsible for the low genetic diversity seen in devil populations today.
“It appears that Tasmanian devils in Tasmania went through two population bottlenecks in the past,” says evolutionary biologist Assoc. Prof. Jeremy Austin, deputy director of the Australian Centre for Ancient DNA. “Both of those population declines appear to relate to past climate change.”

In the research, published in the Journal Biology Letters,  Jeremy Austin and team used a large genetic data-set from more than 300 modern and historical devils to reconstruct changes in past population size. The aim was to understand what may have caused population declines and loss of genetic diversity. Using DNA from Tasmanian devils sampled in 2004–2005 from nine sites across the island, and samples from 1964 from Mt William, the researchers used new statistical methods to estimate past and current population sizes and piece together the history of devils in Tasmania.

The results show that Tasmanian devils have suffered (but survived) two major population declines and have had a low genetic diversity for thousands of years.

Now it remains to be seen if, trapped on the island of Tasmania, although the devils have survived two major population declines in the past, will they endure these current threats?

This story was sourced from a media release from the University of Tasmania, related news stories can also be found at ABC Science and Australasian Science.

This entry was posted in ACAD, Media Release and tagged Tasmanian devil. Bookmark the permalink.