The Sprigg Geobiology Centre is pleased to announce that Professor Katherine Freeman will give a seminar entitled “A haystack from a needle: using biomarkers to understand ancient forest structure” 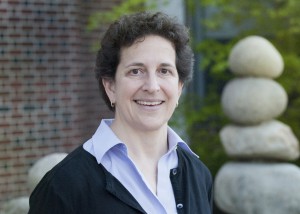 Professor Freeman’s research interests include isotope biogeochemistry, palaeoclimate, and new methods in organic isotope analyses. She is a graduate of Wellesley College, earned her M.S. and Ph.D. working with John Hayes at Indiana University. She was a Post-Doc with Stuart Wakeham at Skidaway Institute of Oceanography before becoming an Assistant Professor, Associate Professor and Professor in Geosciences at the Pennsylvania State University.

She is also a Fellow of the American Geophysical Union, Guggenheim Foundation, Geochemical Society, American Academy of Microbiology, and the Geological Society of America. She has mentored over 30 graduate students and postdoctoral scholars. Her former group members are professors, research scientists with the Department of Energy, NASA and the United States Geological Survey, and gainfully employed in the energy industries.

Join us for what will be an engaging seminar.

Podcast. Hominids on holiday: an interview with Professor Katherine Freeman

Professor Katherine Freeman recently visited the Sprigg Geobiology Centre at the Environment Institute to talk about her research in a seminar entitled, “A haystack from a needle: using biomarkers to understand ancient forest structure”. In this interview with Ewart Shaw of Radio Adelaide, she discusses isotope biogeochemistry. Olduvai is a magic word for palaeontologists, the […]

This entry was posted in Events, Sprigg Geobiology Centre and tagged Katherine Freeman. Bookmark the permalink.