Professor Peter Ward has been appointed as Director of the Sprigg Geobiology Centre following the departure of Professor Martin Kennedy. The Environment Institute is very fortunate to have a person of Peter’s experience and quality to take on this role. 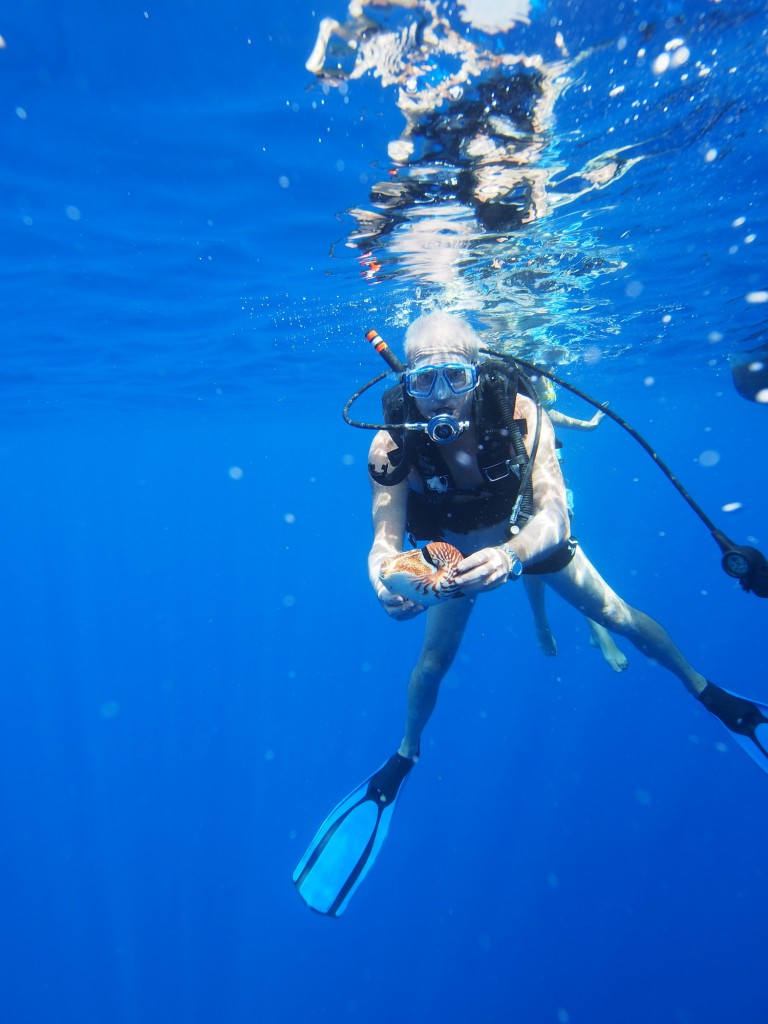 Peter Ward diving with the Nautilus in their natural habitat off New Caledonia, near the Great Barrier Reef

Professor Peter Ward on his appointment: “I am both humbled and excited about this opportunity.” Peter is currently working for 10 weeks in Seattle on an international project with will only enhance the global reputation of the Sprigg Geobiology Centre. Peter has also flown his honours students to Seattle to ensure their hands on instruction.

Peter’s research was recently featured in the eScience magazine. To find out more about Professor Ward’s fascinating research into mass extinctions and one of the oldest living species on earth, the Nautilus in his TED talk:

It’s not your average annual report, and that’s because the research we do here is anything but average and definitely not boring! Read our annual report to find out more about the research to emerge from the institute in 2013, including: Natural resource management planning taking into account six new “emerging economies” Environment Institute leaders […]

The work of Professor Peter Ward has been featured in the October 2014 eScience magazine. In the feature, Peter, a fantastic storyteller, frames a life’s work as a scientist and nature explorer: “Irony is rare in science, and unknown in nature; it is a purely human concept. Yet there is a sad ironic twist to […]

The Nautilus has long been prized for its unique shell, to be found in Renaissance Cabinets of curiosities and now sold on eBay for as much as AU$200. It isn’t hard to see why. Aside from the inherent beauty of the Nautilus, the shell has some enigmatic features that only add to the aesthetics. When […]

You may come to the conclusion that the research of Peter Ward is somewhat fatalistic. He did after all, coin the term Medea Hypothesis, which proposes that multicellular life as we know it is suicidal. However, the very poison of complex life may also be able to save it. Showcased in his TED talk, Peter […]

This entry was posted in News, Sprigg Geobiology Centre. Bookmark the permalink.