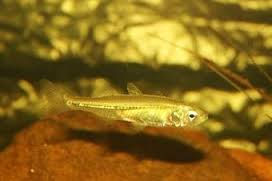 The Murray hardyhead is an endangered fish species, once commonly found in abundance in the Murray Darling Basin, but now only small numbers are found in the Lower Lakes region.

A recent ABC News story has highlighted the use of e-DNA testing to trace genetic material obtained from environmental samples such as ‘fish poo’ found in the water, rather than needing to take DNA samples directly from an organism.

A three month study was undertaken by the Environment Department and the Australian Centre for Ancient DNA (ACAD). The study revealed the Murray hardyhead’s presence in previously unknown locations in the Riverglades near Murray Bridge, as well as finding evidence of 13 other wetland species.