Posted on September 7, 2015 by Carolyn Haese 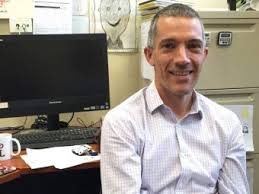 The work of the Australian Centre for Ancient DNA (ACAD) recently featured in an article by ABC news.

ACAD have been asked by police investigators to assist with trying to identify a child’s remains found months ago in Wynarka, South Australia.

Associate Professor Jeremy Austin explains that finding a DNA match can be a slow process and although his work is predominantly with extinct plants and animals, the same techniques can be applied to the Wynarka murder investigation.

“The techniques we use are broadly very similar. With an extinct animal bone or a human bone we still have to powder the bone, extract the DNA and then analyse the DNA,” says Associate Professor Austin.

As the success of TV series like Silent Witness and CSI proves, the world’s hooked on small-screen forensics. But as this special Research Tuesdays Forum will show, our local expertise renders these stylised fictions dull by comparison. Featuring presentations from leading forensics-focused University of Adelaide researchers, you will hear how: dental evidence is gathered and […]

A research thesis explained in just three minutes is the challenge for ten of the University of Adelaide’s PhD students at a free public event on Tuesday 8 September. The special Research Tuesdays event will see two finalists from each of the University’s five faculties compete to represent the University in the national Three Minute […]

A simple, lower-cost new method for DNA profiling of human hairs developed by the University of Adelaide should improve opportunities to link criminals to serious crimes. The researchers have modified existing laboratory methods and been able to produce accurate DNA profiles from trace amounts at a much higher success rate. “Technological advancements over the last […]