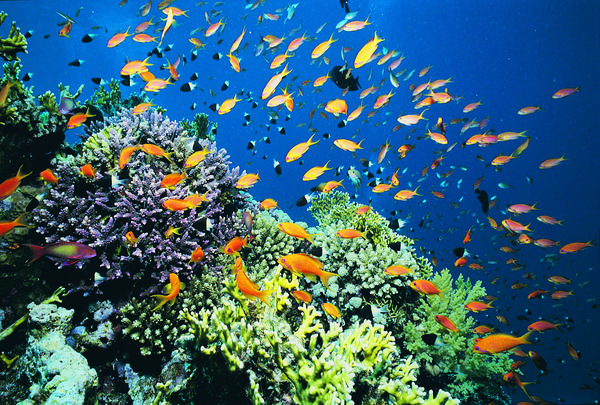 A world-first global analysis of marine responses to climbing human CO2 emissions has painted a grim picture of future fisheries and ocean ecosystems.

Published today in the journal Proceedings of the National Academy of Sciences (PNAS), marine ecologists from the University of Adelaide say the expected ocean acidification and warming is likely to produce a reduction in diversity and numbers of various key species that underpin marine ecosystems around the world.

“This ‘simplification’ of our oceans will have profound consequences for our current way of life, particularly for coastal populations and those that rely on oceans for food and trade,” says Associate Professor Ivan Nagelkerken, Australian Research Council (ARC) Future Fellow with the University’s Environment Institute.

Associate Professor Nagelkerken and fellow University of Adelaide marine ecologist Professor Sean Connell have conducted a ‘meta-analysis’ of the data from 632 published experiments covering tropical to artic waters, and a range of ecosystems from coral reefs, through kelp forests to open oceans.

“We know relatively little about how climate change will affect the marine environment,” says Professor Connell. “Until now, there has been almost total reliance on qualitative reviews and perspectives of potential global change. Where quantitative assessments exist, they typically focus on single stressors, single ecosystems or single species.

“This analysis combines the results of all these experiments to study the combined effects of multiple stressors on whole communities, including species interactions and different measures of responses to climate change.”

The researchers found that there would be “limited scope” for acclimation to warmer waters and acidification. Very few species will escape the negative effects of increasing CO2, with an expected large reduction in species diversity and abundance across the globe. One exception will be microorganisms, which are expected to increase in number and diversity.

From a total food web point of view, primary production from the smallest plankton is expected to increase in the warmer waters but this often doesn’t translate into secondary production (the zooplankton and smaller fish) which shows decreased productivity under ocean acidification.

“With higher metabolic rates in the warmer water, and therefore a greater demand for food, there is a mismatch with less food available for carnivores ─ the bigger fish that fisheries industries are based around,” says Associate Professor Nagelkerken. “There will be a species collapse from the top of the food chain down.”

The analysis also showed that with warmer waters or increased acidification or both, there would be deleterious impacts on habitat-forming species for example coral, oysters and mussels. Any slight change in the health of habitats would have a broad impact on a wide range of species these reefs harbour.

Another finding was that acidification would lead to a decline in dimethylsulfide gas (DMS) production by ocean plankton which helps cloud formation and therefore in controlling the Earth’s heat exchange. 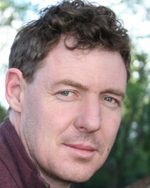 This year marks Landcare’s 30th year in assisting farming and conservation agendas to move together to progress sustainable practice in agro-ecological landscapes. Landcare was originally launched by Prime Minister Bob Hawke and bought together thousands of Landcare groups. Today, tens-of-thousands of Landcare volunteers are active in the protection of Australia’s environment and in promotion of […]

Global warming of our oceans is having an impact across the marine environment. Associate Professor Ivan Nagelkerken from the University of Adelaide’s Environment Institute was interviewed recently by Ewart Shaw on Radio Adelaide about his research into the challenges faced by sharks due to increasing ocean temperatures. Listen to the full interview. (Image source: divernet.com)

Marine ecologist Associate Professor Ivan Nagelkerken from the University of Adelaide’s Environment Institute recently spoke with Steve Herman in a radio interview on VOA-Asia News about his research into the impacts of rising carbon dioxide levels and warming temperatures on our oceans’ food chain. Listen to the full interview. This story was also covered by CNN. […]