e-Science. You need a hole in your head 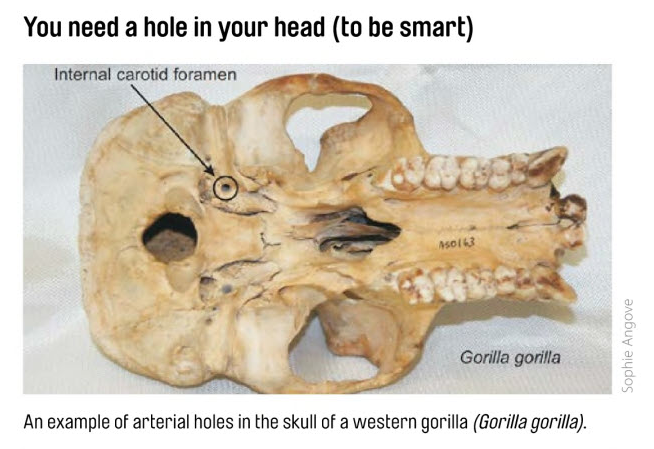 It is not known how humans evolved to the state of being able to think and reason because brain metabolic rates have not been able to be measured in living primates such as monkeys and apes. However, in their recent study the researchers were able to find a way of estimating brain metabolic rate from the size of the arteries supplying blood to the brain.

This research was originally published in the Journal of Experimental Biology.

From fabulous to the feral: Australian wildlife in the spotlight

Associate Professor Phill Cassey explains how the increasing discord between people and their environment is resulting in less pressure placed on politicians to advocate for preservation of our environment. He explains that no alien plant or animal has ever been completely eradicated from mainland Australia and won’t happen without unique new tools. Listen to the interview. […]