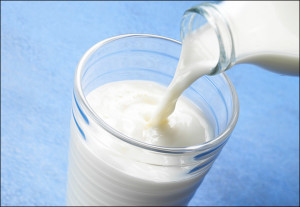 Dr Bastien Llamas, from the University of Adelaide’s Ancient Centre for Ancient DNA (ACAD) was interviewed about the latest findings in ancient DNA research for a recent ABC News story.

Dr Llamas was involved in a genetic study that studied DNA from the remains of 230 ancient individuals who lived between 3000 and 8500 years ago at different sites across Europe. The study has shown adult Europeans inherited the ability to drink milk from Russian herders 4,000 years ago. The study published in Nature, also found evidence of the development of disease resistance, the origin of skin colour and height differences of Europeans.

“As well as bringing the lactose intolerance trait to Europe, the Russian herders also brought height to the Northern Europeans. Meanwhile, the shorter Mediterranean stature was a result of the earlier Anatolian farmer influx, who also brought light skin colour into Europe,” said Dr Llamas.

The study also found that after the emergence of agriculture the resistance genes to leprosy and tuberculosis occurred.

This entry was posted in ACAD, News and tagged Dr Bastien Llamas. Bookmark the permalink.