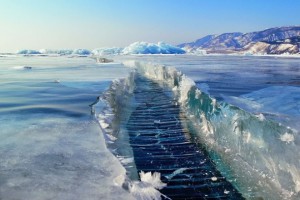 Lakes around the world are warming due to climate change. This increase in lake temperatures is threatening ecosystems and fresh water resources across the globe.

Associate Professor Justin Brookes from the University of Adelaide’s Environment Institute was one of 64 scientists around the world who took part in research published in the journal Geographical Research Letters.

The massive study monitored 235 lakes around the world between 1985 and 2009 using a combination of long term hand measurements and temperature measurements from satellite data.

The research showed that lakes are warming faster than the ocean surface temperatures and air temperatures around them. This rapid rise in lake temperatures could have major damaging consequences for lake ecosystems.

Warmer lakes create algae blooms which are toxic to fish, rob the water of oxygen and inhibit plant and animal life in the lakes. The increase in temperatures will also cause emissions of the dangerous green house gas methane to increase from the lakes. Higher temperatures causing increased evaporation can also lead to decreased water levels, creating implications for water security and nutritional and economic consequences for communities that rely on fisheries.

The study revealed the urgent need to include climate impacts into assessments and adaption efforts for lakes.

Open letter to PM Malcolm Turnbull – There is No Planet B

A group of scientists and industry leaders have called on Prime Minister Malcolm Turnbull to take action on climate change. In an open letter entitled There Is No Planet B, 154 Australian scientists urged the Government to address the root causes of climate change. “We are as humans conducting a massive science experiment with this […]

Tuesday March 22 is the United Nations World Water Day. Most people in the developed world take the ability to turn on the tap and access clean, safe drinking water for granted. However, a staggering 1 billion people still do not have access to potable water or improved sanitation. Even the word “access” is misleading, as […]

Associate Professor Justin Brookes from the University of Adelaide’s Environment Institute, recently wrote a piece for The Huffington Post as part of their “What’s Working: Sustainable Development Goals (SDGs)” blog series. Access to clean, safe and secure water sources is essential in order for communities to be able to thrive. Unfortunately there are still many communities […]

Global challenge to ensure access to clean and safe water

Associate Professor Justin Brookes was one of 74 science researchers involved in recently publishing an article in Scientific Data entitled, “A global database of lake surface temperatures collected by in situ and satellite methods from 1985-2009“. This article, published by Nature, summarises a new lake temperature database. These scientists are part of the Global Lake Temperature Collaboration (GLTC), an […]