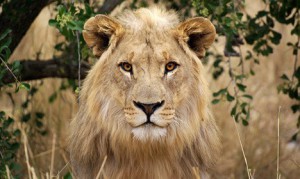 Trophy hunting shouldn’t be banned but instead it should be better regulated to ensure funds generated from permits are invested back into local conservation efforts, according to a new paper co-authored by a leading University of Adelaide conservation ecologist.

The researchers have developed a list of 12 guidelines that could address some of the concerns about trophy hunting and enhance its contribution to biodiversity conservation. Their paper was published in the journal Trends in Ecology & Evolution.

“The story of Cecil the lion who was killed by an American dentist in July 2015 shocked people all over the world and reignited debates surrounding trophy hunting,” says Professor Bradshaw, Director of Ecological Modelling in the University of Adelaide’s Environment Institute.

“Understandably, many people oppose trophy hunting and believe it is contributing to the ongoing loss of species; however, we contend that banning the US$217 million per year industry in Africa could end up being worse for species conservation,” he says.

“Financial resources for conservation, particularly in developing countries, are limited. As such, consumptive (including trophy hunting) and non-consumptive (ecotourism safaris) uses are both needed to generate funding. Without these, many natural habitats would otherwise be converted into agricultural or pastoral uses.

“Trophy hunting can also have a smaller carbon and infrastructure footprint than ecotourism, and it generates higher revenue from a lower number of uses,” he says.

Professor Leader-Williams says there is however a need for the industry to be better regulated.

“There are many concerns about trophy hunting beyond the ethical that currently limit its effectiveness as a conservation tool,” says Professor Leader-Williams. “One of the biggest problems is that the revenue it generates often goes to the private sector and rarely benefits protected-area management and the local communities.

“However, if this money was better managed, it would provide much needed funds for conservation,” he says.

1. Mandatory levies should be imposed on safari operators by governments so that they can be invested directly into trust funds for conservation and management;
2. Eco-labelling certification schemes could be adopted for trophies coming from areas that contribute to broader biodiversity conservation and respect animal welfare concerns;
3. Mandatory population viability analyses should be done to ensure that harvests cause no net population declines;
4. Post-hunt sales of any part of the animals should be banned to avoid illegal wildlife trade;
5. Priority should be given to fund trophy hunting enterprises run (or leased) by local communities;
6. Trusts to facilitate equitable benefit sharing within local communities and promote long-term economic sustainability should be created;
7. Mandatory scientific sampling of hunted animals, including tissue for genetic analyses and teeth for age analysis, should be enforced;
8. Mandatory 5-year (or more frequent) reviews of all individuals hunted and detailed population management plans should be submitted to government legislators to extend permits;
9. There should be full disclosure to public of all data collected (including levied amounts);
10. Independent government observers should be placed randomly and without forewarning on safari hunts as they happen;
11. Trophies must be confiscated and permits are revoked when illegal practices are disclosed; and
12. Backup professional shooters and trackers should be present for all hunts to minimise welfare concerns.