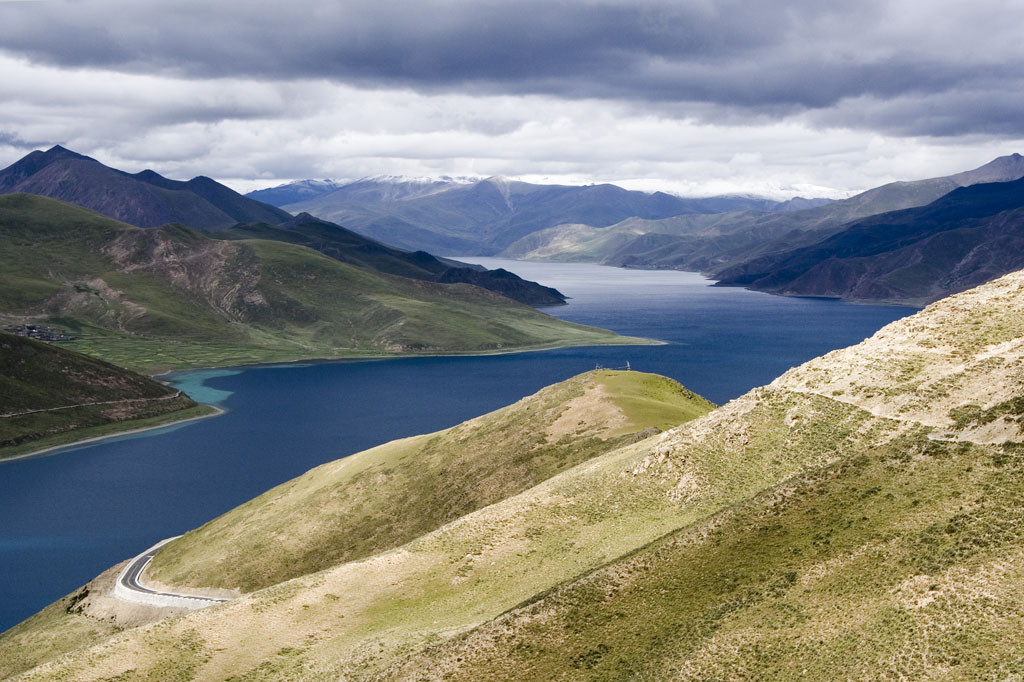 A novel study of a Tibetan alpine meadow has shown a clear link between higher biodiversity and greater infectious disease resistance.

The researchers say it provides further strong evidence that maintaining biodiversity among the world’s species should be a high priority.

Published in the journal Ecology, Australian and Chinese researchers from the University of Adelaide and Fudan University in Shanghai studied meadow vegetation at a 3500 metre-altitude research station in the Tibetan Plateau. They investigated the impacts of levels of biodiversity on the severity of a fungal disease.

“There are two main theories about the biodiversity-disease relationship in non-human species,” says Professor Corey Bradshaw, Sir Hubert Wilkins Chair of Climate Change at the University of Adelaide’s Environment Institute. “One is that with more species there is a greater pool of potential hosts for pathogens, so pathogens increase as biodiversity increases. The other asserts that disease decreases with higher diversity because of a ‘dilution’ effect, where the chance of a pathogen meeting its host species is reduced.

“Unfortunately many, if not most, of past studies have used the number of species as the simplest measure of biodiversity but have confounded the results with the abundance of hosts. Another problem is that the evidence has been largely restricted to planting experiments, which limits the extension that can be made to natural communities.

“Our experiments, on the other hand, used natural communities and species with similar abundance so we could control for confounding effects of species richness and abundance.”

The researchers manipulated species richness by removing specific groups of species. The experimental plots at the Alpine Meadow and Wetland Ecosystems Research Station of Lanzhou University are highly biodiverse – up to 40 species in a one square metre plot – making them an ideal “natural laboratory”. Professor Bradshaw has been working with Professor Shurong Zhou and her team from Fudan University’s School of Life Sciences for several years looking at variation in ecosystem functions in response to altered biodiversity.

“The result was rather astounding,” says Professor Bradshaw. “The variation in disease severity at the different biodiversity levels almost exactly matched that predicted under the dilution hypothesis. We showed unequivocally that greater biodiversity among the meadow plants reduced the overall incidence of fungal disease, even though there were more pathogens.”

“Most interestingly, we showed that artificial fertiliser weakened the dilution effect of increasing host biodiversity, most likely by enhancing fungal spore production, infection success and lesion growth by the hosts,” says co-author Professor Zhou. “Changing the delicate balance of a healthy community not only resulted in more pathogens but weakened the overall community’s resistance to disease.”

As Charles Darwin noted, the physical differences between individuals of a species are  important for their future survival and success (or not). However there are also many not so obvious differences (known as cryptic variation) between individuals that give us important insights into the evolutionary and ecological history of a species. This information is important for how we make use of […]

Professor Corey Bradshaw (Sir Hubert Chair of Climate Change, School of Biological Sciences and Environment Institute) has been awarded a prestigious Bellagio Academic Writing Resident Fellowship from the Rockefeller Foundation. It is a joint award with Professor Paul Ehrlich (Stanford University) to write a book about a sustainable future of human wellbeing, while based at […]

An international team of scientists have developed a way to help locate fossils of long-extinct animals. Using the estimated ages and spatial distribution of Australian megafauna fossils, the team from University of Adelaide in Australia and Kiel University in Germany built a series of mathematical models to determine the areas in the country most likely […]

Professor Corey Bradshaw has had a unique opportunity to look at species diversity in a natural environment, high on the Tibetan plateau. Corey and his team investigated the connection between biodiversity and infectious diseases, uncovering important data not only to support biodiversity for better agricultural outcomes, but also in relation to human health. He spoke to Radio […]

Podcast: The flowers of the field

How do plant pathogens spread? Is species diversity a help or hindrance? Professor Corey Bradshaw has been on the Tibetan plateau engaged in some remarkable theory testing activities. Why did he go to Tibet? He was recently interviewed by Ewart Shaw from Radio Adelaide. Listen to the podcast

The Environment Institute congratulates Professor Corey Bradshaw on his appointment to the Sir Hubert Wilkins Chair in Climate Change. Corey will take on this title from the 1st January 2015. Corey has an international reputation as a scientist with interests in climate change and its impacts on ecosystems and biodiversity, and will no doubt build a […]