Scientists and staff from the South Australian Museum, the University of Adelaide, the National Centre of Indigenous Genomics (NCIG), Deakin University and Latrobe University will use specimens, linguistic records and anthropological and archaeological data to piece together a genetic map of Australia, as part of the Aboriginal Heritage Project.

Lead researcher Professor Alan Cooper from the Australian Centre for Ancient DNA, as well as the Kaurna elder who had hair taken as a child at the Point Pearce mission in South Australia in the 1930s speak to ABC Radio National about the project.

Find out more and listen to the podcast. 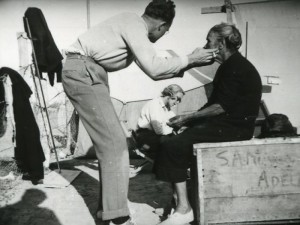 Image: Joseph Birdsell and his wife Bee collected anthropometric data from Aboriginal people all over the continent, as part of two expeditions in the 1930s and 50s. The Aboriginal woman is not identified. (image courtesy the SA Museum (aa338-5-15-120))

The next Research Tuesdays forum will be presented by Professor Alan Cooper, founder of the Australian Centre for Ancient DNA. Title: Connected to Country When: 5:30pm, Tuesday, February 14, 2017 Where: Braggs Lecture Theatre Cost: Free, but bookings recommended Indigenous Australians have a remarkably deep cultural and spiritual connection to their country. Now, research at the […]

The South Australian Museum holds among the most extensive and important collections of Aboriginal creativity and material culture in the world. But what values, and whose values, does a museum promote in the way it cares for and displays art and material culture? How does the role of a museum differ from that of an […] 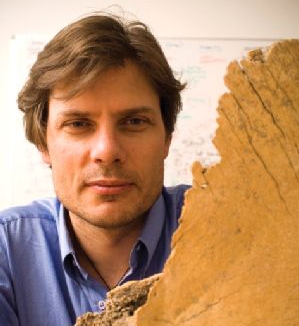 16 Australian Laureate Awards were announced today. The Environment Institute’s Prof Alan Cooper has been successful in his proposal of a project that will use ancient microbiomes and genomes to reconstruct human history, including indigenous Australians. Alan Cooper is the only recipient in the state to receive the prestigious award. “The Australian Laureate Fellowships scheme reflects […]

This entry was posted in ACAD, News, Podcast and tagged Alan Cooper. Bookmark the permalink.