Can we cope with the ever-increasing threat of dengue fever? 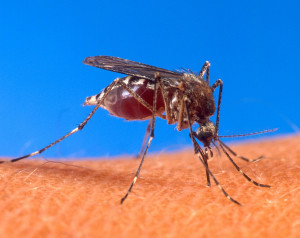 Dengue fever is a climate-sensitive mosquito-borne disease that poses a threat to half the world’s population. But do we have the capacity to cope with future dengue fever challenges in the face of climate change?

A new study by scientists in both Australia and China, including the Environment Institute’s Professor Phil Weinstein assessed this question by surveying health professionals from the Centre of Disease Control and Prevention (CDC) in Guandong Province, China. In 2014, the province was struck with a major dengue fever outbreak. Using

The paper, entitled “Perceptions of capacity for infectious disease control and prevention to meet the challenges of dengue fever in the face of climate change: A survey among CDC staff in Guandong Province, China” was published in April, 2016 in Environmental Research.

This entry was posted in Australian Bioactive Compounds Centre and tagged Phil Weinstein. Bookmark the permalink.