The work of University of Adelaide researcher Dr Kieren Mitchell is shedding new light on the evolution of what are believed to be the largest bears that ever walked the Earth. 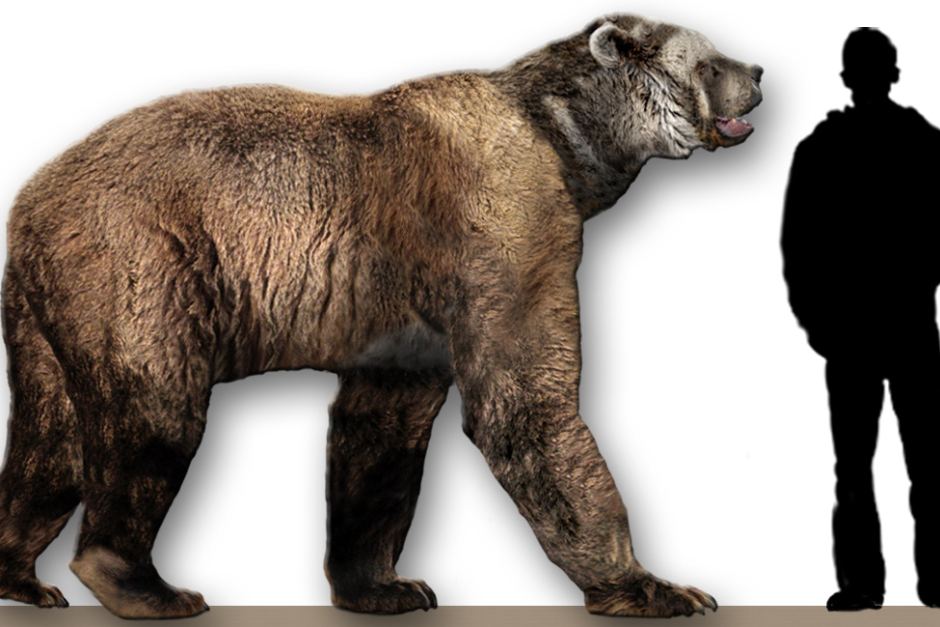 The big bears weighed over a tonne and were as tall as a human when on all fours. (Dantheman9758/Wikimedia)

Dr Mitchell, from the University’s Australian Centre for Ancient DNA, School of Biological Sciences, has a new paper just published in Biology Letters.

He writes: “During the Pleistocene (2.5 million years ago – 11 thousand years ago) giant bears weighing over 1,000kg roamed both North and South America. These giants belonged to a now practically extinct subfamily of bears – Tremarctinae – which is today only represented by the small, herbivorous Andean spectacled bear (Tremarctos ornatus).

“The giant North American bears (Arctodus) and South American bears (Arctotherium) have long been believed to be each others’ closest relative. However, by comparing ancient DNA data obtained from representatives of the two extinct genera and comparing them with the living species, we were able to show that Arctotherium is most closely related to Tremarctos and not Arctodus.

“The implication of this result is that these bears represent a remarkable instance of convergent evolution, as giant bears appear to have evolved independently in both North and South America.

“This convergent evolution would have arisen in response to similar environmental conditions on both continents, most likely an abundance of large herbivore carcasses (killed by smaller predators), which Arctodus and Arctotherium could effectively dominate, and a lack of competing scavengers.”

Podcast: Larger than the average bear

Pleistocene era bears could weigh up to one thousand kilograms, though their only contemporary relative in the Tremarctinae family is the shy, herbivorous Andean Spectacled Bear. Dr Kieren Mitchell of the Australian Centre for Ancient DNA has been doing the research into the great and little bear, and had a simple reply when Ewart Shaw […]

This entry was posted in ACAD, Media Release, News and tagged Keiren Mitchell. Bookmark the permalink.