Seminar: Are humans the dominant force for change in our atmosphere, seas and land?

Human control of fire, some two million years ago, ushered in a totally new factor in the earth’s natural cycles. A further stage was the extensive development of horticulture and agriculture, followed by rapid increase in population. The burning of fossil fuels, industrialization and the advent of the atomic age have dramatically impacted our planet. Earth scientists now recognise our species as a powerful environmental agent of change – hence the term Anthropocene. However no consensus on its time limits has been achieved and it does not accord with standard stratigraphic practices. 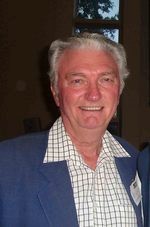 Associate Professor Victor Gostin has been researching, supervising and teaching geology and sedimentology at undergraduate and postgraduate levels since 1970. His scientific interests include the origins and evolution of the solar system and of life, meteorite impacts, earth history, environmental geo-science, and the effects of natural phenomena on the course of human history.

Title: The Anthropocene- Are humans the dominant force for change in our atmosphere, seas and land?
When: 7pm, Thursday August 4, 2016
Where: Mawson Lecture Theatre

There will be drinks and nibbles from 6.15 pm in the Field Geology Club room adjacent to the Mawson Lecture Theatre. Supper will be provided after the lecture.

Big wins for our students at the Australian Earth Science Convention

This week, Adelaide played host to the 2016 Australian Earth Science Convention. Researchers gathered from all around Australia to showcase the latest geoscience research.   The University of Adelaide was well represented during the convention, having the largest group of Honours and PhD students presenting talks and posters. Such an outstanding turnout was well-rewarded, with the students […]

Researchers advise against trying to reach a “Garden of Eden” when it comes to restoration efforts. Dr Martin Breed and Professor Andy Lowe have published a response to recent research in Nature. They have also written a summary of their stance at The Conversation.

Future Earth: providing the knowledge and support to achieve a sustainable world

Future Earth is an international hub to coordinate new, interdisciplinary approaches to research on three themes: Dynamic Planet, Global Sustainable Development and Transformations towards Sustainability. It also aims to be a platform for international engagement to ensure that knowledge is generated in partnership with society and users of science. It is open to scientists of […]