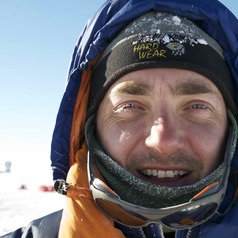 Abstract
Contrasting Greenland and Antarctic temperature trends during the late Pleistocene (60 to 11.5 kyr BP) are thought to be driven by imbalances in the rate of formation of North Atlantic and Southern Ocean deep water and associated changes in the strength of the Meridional Overturning Circulation (MOC), leading to abrupt regime shifts in the two hemispheres (the so-called ‘bipolar seesaw’). Key to this debate is the role of Heinrich events (H-events), massive discharges of ice into the North Atlantic, that have been implicated in terminating marked millennial scale cooling cycles associated with Dansgaard-Oeschger (D-O) events in the north and warming in the south. Robustly testing this paradigm, however, requires a level of chronological precision difficult to achieve in terrestrial and marine records. Here we report a series of multi-millennia long New Zealand kauri (Agathis australis) sequences that preserve a record of atmospheric radiocarbon (14C), allowing us to precisely align terrestrial, marine and ice records during Heinrich 3/Antarctic Isotope Maximum 4 (~30 kyr BP) and the Younger Dryas (YD) stadial (~12.70 to 11.65 kyr cal BP). By precisely aligning Southern and Northern Hemisphere tree-ring 14C records with marine 14C sequences we identify periods of AMOC collapse which we compare to climate changes over Greenland, Antarctica and tropical Australia. We do not observe a consistent relationship between interhemispheric temperature trends and freshwater hosing in the North Atlantic. Using an Earth-system model we instead find a role for Antarctic meltwater events propagated globally by atmospheric teleconnections. Our results argue against the bipolar seesaw mechanism as the key driver of climate during this period and instead suggest Southern Ocean changes may be the driver of abrupt late Pleistocene change.

Seminar: The role of ocean circulation changes as a climate driver

This entry was posted in Seminars, Sprigg Geobiology Centre and tagged Chris Turney. Bookmark the permalink.