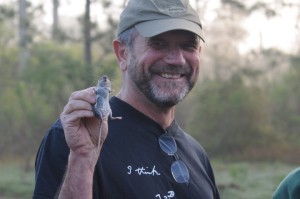 Associate Professor Stephen Pruett-Jones from the University of Chicago will present a seminar.

The United States was home to two native species of parrots, the Carolina Parakeet and Thick-billed Parrot, both of which are now extinct. Nevertheless, over the past hundred years, peaking in the 1960 and 1970s, approximately 75 species of parrots have been imported through the pet trade. Many of these species escaped captivity or were purposely released. At least 29 of these species are now regularly or occasionally seen in the wild, and 23 of them are common and known or believed to be breeding in the United States. I summarize data on the abundance and distribution of these species, including a species distribution model of factors contributing to their occurrence, and discuss legal, social, political, and biological issues related to their presence in the United States and possible control measures if this becomes necessary.

A team of Australian researchers involving DNA experts from the University of Adelaide has identified a new, critically endangered species of ground parrot in Western Australia. The team, led by Australian Wildlife Conservancy‘s Dr Stephen Murphy, used DNA from museum specimens up to 160 years old to reveal that populations of ground parrots in eastern […]

This entry was posted in Environment Institute, Seminars and tagged parrots, Stephen Pruett-Jones. Bookmark the permalink.