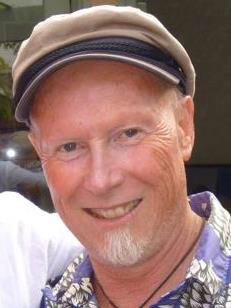 The next Sprigg Symposium will be presented by Associate Professor Ian Goodwin from Macquarie University. He will present a seminar entitled “What do Australian coasts tell us about past climate and Antarctic Ice Sheet Stability?”

Title: What do Australian coasts tell us about past climate and Antarctic Ice Sheet Stability?
When: 12:10pm, Friday 21 October, 2016
Where: Mawson Lecture Theatre

In order to assess coastal vulnerability to future climate change two primary factors need to be considered; (1) how rapidly will ice sheets contribute to sea level rise (SLR) over the coming decades and centuries, and; (2) what will be the likely coastal response to SLR? Both questions remain subject to considerable uncertainty.

One way of addressing these uncertainties is to examine past interglacials, which contain records of both changes in ice sheet mass balance and associated coastal response under a warm or slightly warmer climate system compared to present. The talk focuses on the Last Interglacial (LIG) period spanning 128 to 116 kyr. The LIG was characterised by global mean temperatures several degrees warmer than pre-industrial, and is therefore considered an analogue for near-future climate change. There is also a strengthening scientific consensus that Eustatic Sea Level peaked between 5 and 9 m above modern during the LIG, and was the result of the collapse of one or more of the three polar ice sheets, West Antarctic Ice Sheet (WAIS), East Antarctic Ice Sheet (EAIS) and Greenland Ice Sheet (GIS). This LIG analogue carries significant implications for future polar ice sheet instability in the face of a relatively moderate global warming.

Most of the geological record of Antarctic Ice Sheet extent during warmer interglacials has been lost due to glacial expansion and retreat cycles. Instead we invert the problem. Our research takes the novel approach of using the unique Australian and global coastal imprint of higher sea-levels to identify and fingerprint which Antarctic ice sheets are inherently unstable during warm climate periods.

Tropical expansion was a key element of Last Interglacial climate change and has been a robust signature of recent climate change. Hence, our research also targets sea-level, wave climate and coastal change during the Holocene and the past few centuries as well to build a detailed understanding of Tropical Expansion and its impacts on subtropical to polar regions.

A common marine crustacean has shown researchers that it’s all set to beat climate change – the males will get more attractive to the females, with a resulting population explosion. The University of Adelaide study is the first to show how mating behaviour could change under the warmer waters and more acidic oceans brought by […]

A new $600,000 artificial reef system is to be built south of Ardrossan, informed by research by the Environment Institute’s Professor Sean Connell and PIRSA’s Dr Heidi Alleway. The artificial reef, which is to be constructed from limestone, oyster shells and live native oysters, is part of a $3.52m State Government initiative to enhance the experience […]

This entry was posted in Seminars and tagged Ian Goodwin. Bookmark the permalink.