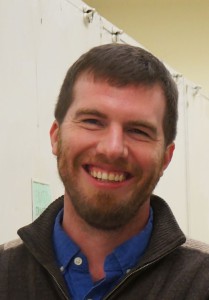 The Environment Institute is pleased to welcome Kristofer Helgen, who has just been appointed Professor of Biological Sciences at the University of Adelaide.

Helgen is an internationally renowned zoologist and joins us following his role as curator of mammals at the Smithsonian National Museum of Natural History. He has discovered approximately 100 new species of living mammals, 25 of which have been published in peer-reviewed journals. Helgen’s most famous discovery was perhaps of the carnivous mammal olinguito, a discovery which made international headlines.

Aside from his academic credentials, Helgen is also an explorer with the National Geographic Society, was named one of Business Insiders Most Inspiring Innovators and Entrepeneurs Under 40 and has been featured in numerous documentaries including BBC’s Wild Burma.

Helgen is no stranger to Adelaide, having completed his PhD at the University of Adelaide under the supervision of Professor Tim Flannery. Helgen is scheduled to begin his position in March. We look forward to his arrival!

Listen to Kris Helgen chat about his career after being awarded the 2016 James McWha Award of Excellence.

Professor Kris Helgen spoke to Ali Clarke, on ABC Radio Adelaide this morning ahead of his inaugural public lecture tomorrow night, Wednesday 2 August. Prof Helgen talks about being inspired by animals and specifically mammals in very early on, and he has continued this passion in his quest to find out new species. He speaks about […]

Dr Diego Garcia-Bellido presented his talk ‘Animal Dawn’ to a full house at the recent Research Tuesdays Seminar Series. Diego’s talk tracing the rise of animal life on Earth can be viewed below: Visit the new Edicaran Gallery at the South Australian Museum to see some of the oldest fossil examples of complex, multicellular animal […]

This entry was posted in News and tagged Professor Kris Helgen, Tim Flannery. Bookmark the permalink.