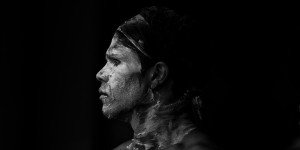 The next Research Tuesdays forum will be presented by Professor Alan Cooper, founder of the Australian Centre for Ancient DNA.

Indigenous Australians have a remarkably deep cultural and spiritual connection to their country. Now, research at the Australian Centre for Ancient DNA is explaining the history behind this.

The landmark Aboriginal Heritage Project between the University of Adelaide and the South Australian Museum is creating a ‘genetic map’ of Australia’s first 50,000 years, using DNA analysis of hair samples collected from Aboriginal Australians between the 1920s and 1960s, together with extensive cultural and genealogical data.

The genetic record is astounding. Following initial settlement in the north around 50,000 years ago, Aboriginal groups rapidly moved around both coasts before meeting in South Australia. Following this, there has been strikingly little movement or mixing creating a pattern unlike anywhere else in the world.

The research will enable Indigenous individuals to retrace their family and regional history, including the displaced Stolen Generations and their descendants.

This fascinating presentation will explore Australia’s history and the team’s collaboration with Aboriginal communities and families, and what they’re working to achieve next.