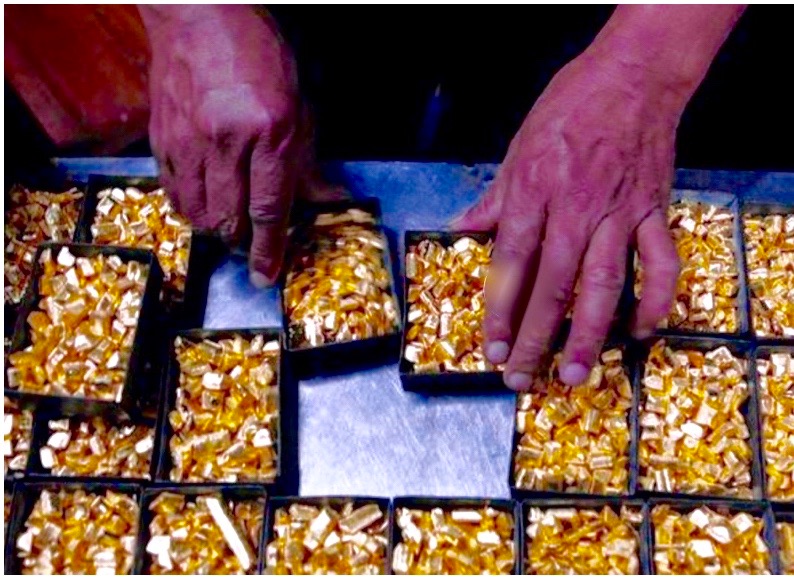 Research from the EI has a huge international impact, as shown in a special episode of a German TV show featuring our very own Dr Frank Reith.

Dr Frank Reith, aka the Man with the Gold Bug, has been featured in a TV special for German station ZDF. Reith was featured on Leschs Kosmos, a science program hosted by Professor Harald Lesch, the German version of Dr Karl.

In an episode titled Mythical Gold, Lesch explores how gold is produced in times of declining exploration success and grades. The program shows how large and small-scale gold mining affects the planet and how the ‘value and price’ of gold are determined. Reith acted as a scientific advisor for the episode, providing expertise, video footage, photographs and of course, his own internationally-renowned research.

Reith has recently published in the prestigious journal Chemical Geology on gold’s geological cycle. Using advanced analytical techniques, Reith and his team discovered that gold transformed into the natural world within tens of years, incredibly rapid in geological terms.

Leschs Kosmos: Mythical Gold was broadcast Germany-wide on the 7th of March at 23.00 local time. Unfortunately, no subtitles are available at this time but if you can understand German, you can catch the episode below. 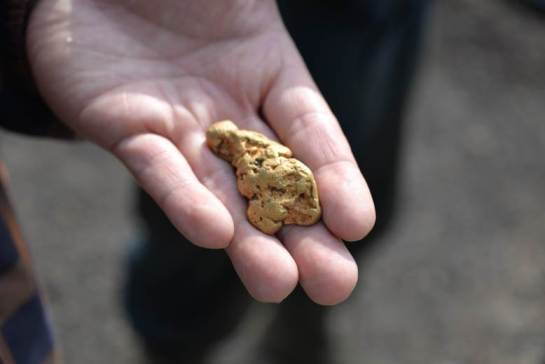 Special ‘nugget-producing’ bacteria may hold the key to more efficient processing of gold ore, mine tailings and recycled electronics, as well as aid in exploration for new deposits, University of Adelaide research has shown. For more than 10 years, University of Adelaide researchers have been investigating the role of microorganisms in gold transformation. In the […]

Podcast: The man with the gold bug.

The Man with the gold bug, aka Dr Frank Reith has been making some fascinating discoveries about the bugs that live on gold and platinum. His research, recently published in Nature Geoscience could provide a host of applications in the mineral exploration and bioremediation fields. The biomineralisation of metals is not a new phenomenon, however it was previously […]

Australian scientists have uncovered the important role of specialist bacteria in the formation and movement of platinum and related metals in surface environments. Published in the journal Nature Geoscience, the research has important implications for the future exploration of platinum group metals. “These platinum group elements are strategically important metals, but finding new deposits is […]

Podcast: Gold fever and the connection between microbes and gold production

Dr Frank Reith researches the microbiology of gold. Sarah Martin from Radio Adelaide spoke with Dr Frank Reith, Australian Research Fellow at the University of Adelaide’s School of Biological Sciences, about the exciting discoveries he has made in Australia and around the world. In his interview he expands on how gold microbes have the potential […]