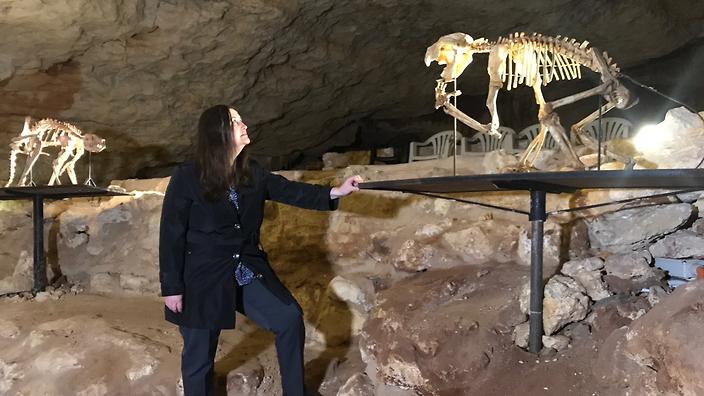 The Naracoorte caves were featured on SBS nightly news in September this year. The story was filmed down in the Naracoorte caves and SBS spoke to Environment Institute member Dr Liz Reed about the important work being carried out in the cave systems.

Dr Reed said “it was likely that the remains of more than 130 species – including long extinct species like the marsupial lion and giant kangaroo – have fallen through a hole in the earth above over half a million years.”

Dr Reed says the research project aims to shed more light on their history than ever before. “One of the key things we’re using are the 3D technologies and virtual technologies, so we’ll be mapping these caves using 3D scanners, which will give us a really precise image of the caves,” she says.

“We also have amazing dating technologies at our disposal… for example, some of our techniques, you can actually date the last time a grain of sand saw sunlight.”

“Some of this stuff even blows my mind, because it’s so new.”

The interview and story was also featured on SBS Radio in English and Thai. 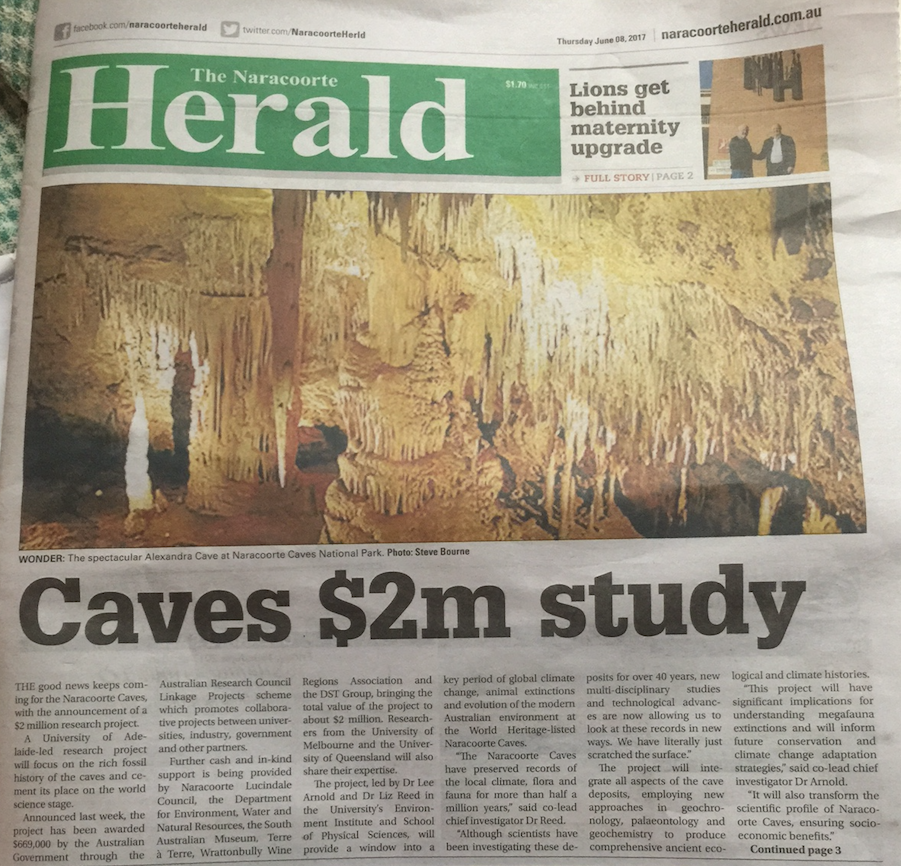 A University of Adelaide-led research project will focus on the rich fossil history of Naracoorte Caves and cement its place on the world science stage.  Announced today, the project has been awarded $669,000 by the Australian Government through the Australian Research Council (ARC)’s Linkage Projects scheme which promotes collaborative projects between universities, industry, government and […]

Border security, restoring reefs and clues from fossils. Check out our 2015 Annual Report!

The Environment Institute Annual Report 2015 is hot off the press. Catch up on all the hard-hitting research taking place at the institute by reading the eight research stories featured in this report.   The Environment Institute brings together leading scientists and researchers in fields of biodiversity, conservation, marine biology, landscapes, climate, water and genetics. Take some […]