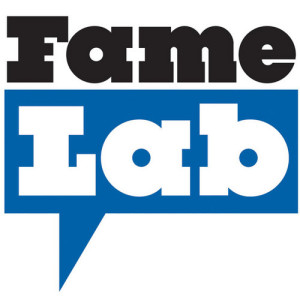 Since its birth at the Times Cheltenham Science Festival in 2005, FameLab has grown into one of the world’s leading science communication competitions. It aims to find, develop and mentor young science and engineering communicators. The result is a celebrated alumni of young scientists and engineers able to get everyone ‘talking science’ in the media-intensive environment in which we live.

A partnership established with the British Council in 2007 saw the competition go global, with more than 9,000 young scientists and engineers participating in over 31 different countries… with new countries taking part each year! Cheltenham Festivals and the British Council co-produce the FameLab International Final, which is held at the Cheltenham Science Festival each June.

In 2014, the very first Australian FameLab competition attracted a diverse and vibrant range of early-career researchers, who took the FameLab stage to battle it out to become the Australian FameLab national winner. In 2018, we’re taking up the search again, to find the most exciting, passionate researchers out there!

FameLab is an exciting competition and so much more…

We help young scientists acquire valuable skills to communicate their work accessibly and attractively to a non-scientific audience.

This entry was posted in Events, Science communication and tagged Fame Lab. Bookmark the permalink.