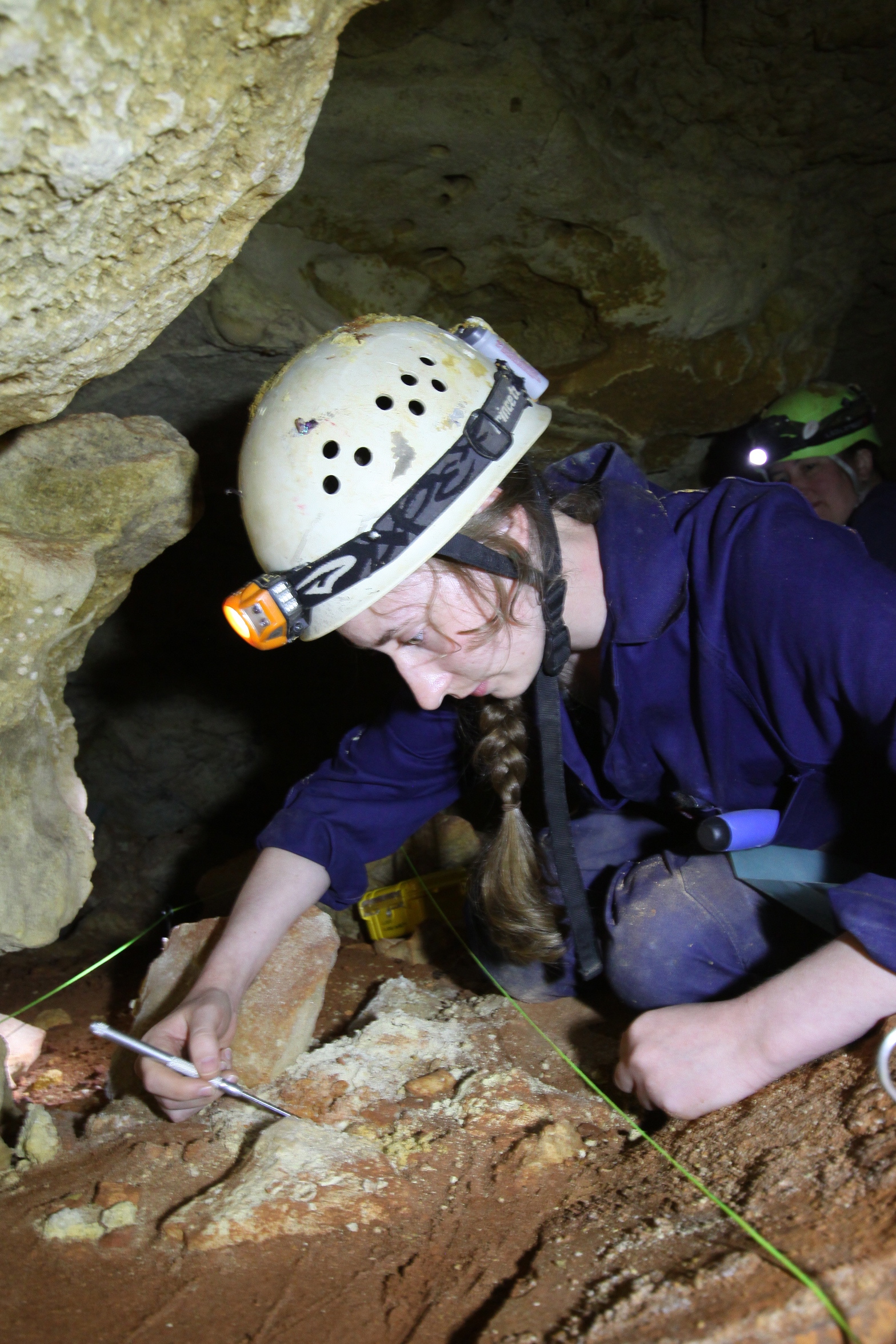 Jessie Treloar is a PhD Student studying small mammal fossils in the Naracoorte caves, and took some time out to write a guest post for us.

Deep below the ground near the town of Naracoorte lies ancient tombs of hundreds of thousands of animals in vast and naturally beautiful caves within the Naracoorte Caves World Heritage area.

There are innumerable animals whose stories are preserved within these cave systems. Some of these belong to the enigmatic extinct Australian megafauna but there are many untold stories about the small mammals that lived alongside these giants.

Small mammals are often overlooked in the story of the Naracoorte caves: megafauna were only one part of the ecosystem and hence can only tell part of the story about the climate and habitat information the caves preserve.

There is an abundance of small mammal fossils in the Naracoorte Caves, including many species of rodents, bandicoots, and possums to name a few. Larger mammals are often much rarer in fossil deposits than small mammals, so we can learn a lot more about what the past was like for both large and small by investigating the abundant and telling small mammals.

Studying small mammals is different as they respond rapidly to changes in the climate and environment due to their fast generation turnover, specific habitat requirements, and small territories.  Studying them is useful for telling us about what the past was like, especially when compared to larger animals.

I am researching how small mammal populations responded to changes in climate from 70,000 years ago, which includes when the megafauna became extinct.

My project will help to shed light on why megafauna became extinct by investigating the broader community-level view of the past ecosystem. The picture the full ecosystem presents will be indicative to climate and environmental change at that time. This research will also help inform us about how these small mammals (most of which are still alive today), will respond to future climate change by understanding how their populations responded to climate change in the past, which is critical to their conservation.

As part of a $2 million Linkage project with local and state government supporters, I work alongside a team who will study many sources of information preserved within the caves, including animal and plant fossils, ancient DNA, microscopic organisms and pollen from the sediments. We are also looking in to completing three-dimensional modelling of the caves themselves which will help investigating how the caves and fossil deposits relate to each other.

This work under the linkage project will help to form a big picture of the caves over space and time, accounting for the whole ecosystems within the caves – this includes bats that pass through, animals who fell in, or dragged prey in and those who lived and died in the caves.

This work is supported by an ARC Linkage grant, with generous input from Naracoorte community and partners: it is very important to have the Naracoorte community involved in the research being conducted in as many ways as possible as it is their town’s ecotourism asset.

We make every effort to include the broader community in the research with events, talks on the research and opportunities to speak with researchers with my supervisor Dr Liz Reed to give a Research Tuesday talk in February.

A number of Environment Institute members were invited to speak at the University’s renown Research Tuesdays called ‘Mission Mammal’. The presenters spoke about many mammal species requiring urgent conservation and what critical role we play in Australia. One of only 17 ‘megadiverse’ nations, we’re home to a huge variety of mammals, with a remarkable 87 […]

From the lions of the Serengeti to the blue whales of the Southern Ocean, mammals dominate our planet. But their future’s far from assured. Many species now require urgent conservation—and here in Australia we have a critical role to play. Date: Tuesday 13 August 2019 Time: 5:30pm – 6:30pm Location: The Braggs Building, The University […]

On Friday night, the Science Excellence Awards Dinner event was held at the Adelaide Convention Centre. It was a wonderful event which showcased the inspirational research advancing both South Australia and the world. The Environment Institute was represented by the following nominees: Excellence in Research Collaboration The Aboriginal Heritage Project, partnership between the local members […]