Paleoclimate variability in the Mediterranean region during the last 1.4 Ma and a new multiproxy approach using trace metal isotopes for more quantitative estimates of climate-human-landscape interactions

Who:  Alex Franke from the University of Wollongong

The Mediterranean region and its characteristic climate with hot and dry summers and mild and wet winters is highly sensitive to natural and human accelerated climate change. In particular humidity plays a pivotal role for landscape evolution, plant growth, and the habitability of the Mediterranean region. However, IPCC climate predictions still show contrasting results for future spatial and temporal rainfall distributions. This raises two main questions, which are (a) what are the main drives of rainfall variability in the Mediterranean region and (b), how does soil erosion and development respond to climate forcing and anthropogenic land use.

These questions have been addressed within the scope of extensive research at Lake Ohrid, located at the border between Macedonia and Albania. Lake Ohrid is considered to be the oldest lake of Europe and provides a highly resolved, continuous paleoclimate archive for the last ~1.3 Million years. Under the umbrella of the ICDP (International Scientific Drilling Program) SCOPSCO project (Scientific Collaboration on Past Speciation Condition in Ohrid), more than 2,400 m of sediments were recovered from Lake Ohrid during a drilling campaign in early 2013. Extensive proxy datasets have become available focusing on the past ~630 kyrs and sedimentary, stable isotope, and pollen data reflect a higher amplitude in glacial/interglacial climate variability and increasing aridity since ~290ka. Current paleoclimatic research focuses on enhanced rainfall in responds to low latitude precession forcing and higher sea surface temperatures in the Mediterranean Sea.

Extensive research has been carried out at Lake Ohrid in the last decade and consequently, its sedimentary environment is well understood. This makes Lake Ohrid also an excellent study site to further develop and improve the application of innovative trace element isotope proxies, which can provide more quantitative estimates into climate-human-landscape interactions. Uranium and lithium isotopes can be applied on the same sediment material, from which the climatic history was previously inferred by means of conventional proxy analyses, such as sedimentary, and (bio-)geochemical (CNS, XRF core scanning), pollen, or stable isotopes analyses. Uranium isotopes determine the time that has elapsed since physical and chemical weathering have formed detrital grains <63µm (i.e. the so-called comminution age). This provides insights into the “regolith residence time” of detrital matter, which is a measure for catchment erosion, and, as the weathering front in a soil profile continuously moves downwards over time, for erosion depth. Lithium isotopes fractionate during secondary clay mineral formation and thus, provide insights into soil development and silicate weathering intensities during the time of deposition. 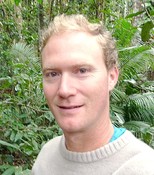 The next Lecture in the Sprigg Series is titled “Novel insights into photosynthetic gas exchange revealed by stable isotopes”. The Seminar will be given by Dr Lucas Cernusak who is joining us from James Cook University, QLD. Dr Cernusak studies the controls for the process of gas exchange during photosynthesis, and applying his findings about […]

Sprigg Geobiology Seminar: Five reasons why we might underestimate past climate change

As part of the Sprigg Geobiology Seminar Series, Associate Professor Greg Jordan, from the School of Biological Sciences, University of Tasmania will join us to deliver a seminar entitled “Five reasons why we might underestimate past climate change“. Biography: I am mainly interested in the evolution of vegetation and plant species, and work at both global and […]

Director of the Environment Institute, Professor Bob Hill will give a seminar entitled ‘The Decline of the Great Southern Rainforests: Cenozoic climate change and vegetation responses‘ Professor Hill’s botanical research research has made significant contributions to the areas of palaeobotany, plant systematics, plant ecophysiology and applying research from these areas to interpreting changed that have […]