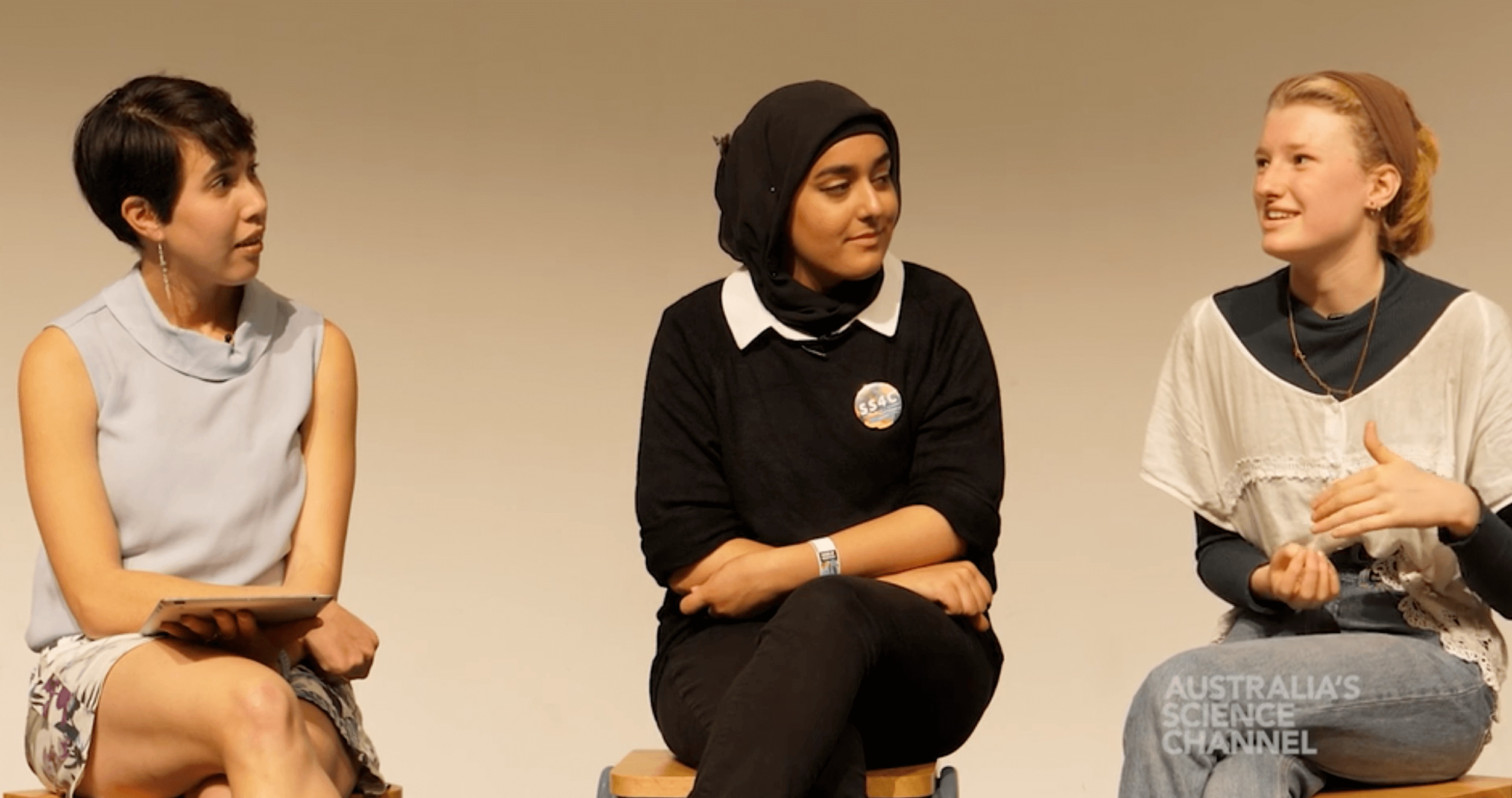 As climate change becomes an increasing topic of anxiety for young people, they are often overwhelmed by terrible news and statistics. Often feeling they feel they have little control over their future because of the adults in charge of making decisions for them.

This special edition of In Class With… Climate Special aimed to show students how and why they can should get involved in the conversations around climate change. It’s about using their science understanding to form opinions and be part of discussions around climate change. Students are encouraged to think about the role they can play in the democratic processes that affect them and act.

Far away, Harriet O’Shea Carre watched as Greta Thunberg started ‘school strike for the climate’ outside the Swedish Parliament in 2018. Joining this movement, Harriet went on to bring the Student Strike for Climate movement to Australia, giving young Australians a voice.

Doha Khan is the co-founder for the SA branch of School Strike 4 Climate. She has served as the Coordinator for the Adelaide Climate Strikes since November of 2018, and has helped build and empower an expansive network of students who are now actively involved in local environmental campaigns and initiatives. She has recently announced running for Independent Candidate for Central Ward.

Watch the video below on AustralianScience.tv

In Class With… Climate Special