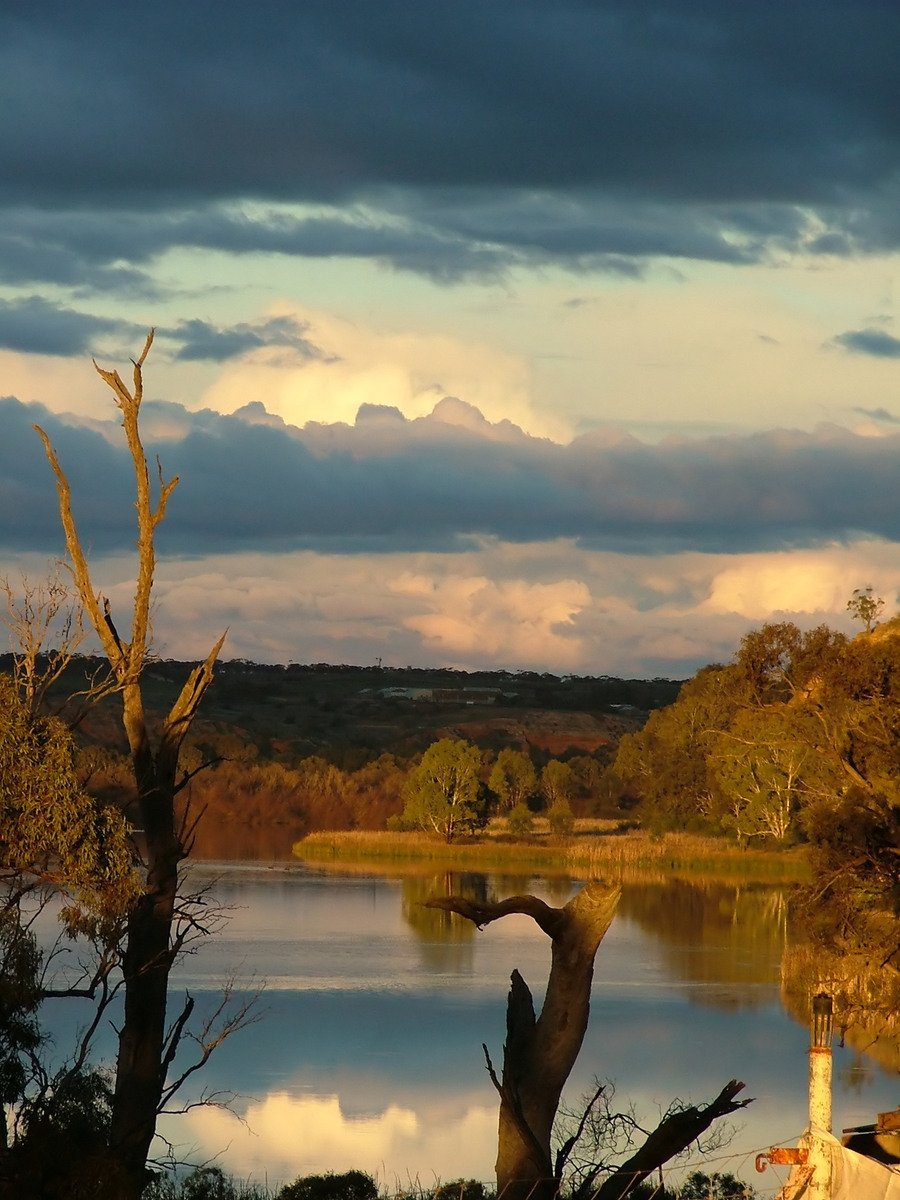 Infrastructure built along the River Murray during past ten years helps sustain critical floodplain ecological communities by recreating some of the natural inundation regime that would have occurred prior to development.

The benefits of providing these floodplains events are relatively well known, but until recently it wasn’t clear what effects infrastructure was having on the ecology and water quality in the river itself.

“We’ve done a lot of field work to try and understand what happens when we operate the river’s infrastructure. Now we can use the results to assess future operations so we don’t compromise some of the river’s ecological processes by trying to look after the floodplains,” said Dr Matt Gibbs.

Some phytoplankton, particularly the highly digestible food sources for many grazers, needs turbulence and higher water velocities to remain in suspension. Under low flows, rivers can stratify, increasing the risk of cyanobacterial growth, or algal blooms, that thrive in stiller water. Dr Gibbs and his team used current and historical data to develop a model that could assess the likelihood of blooms under different river management scenarios.

The team also sampled organic matter on the floodplains to determine how fast it accumulates and decays so they could predict how it might impact water quality under different flood and inundation scenarios. High levels of microbial carbon degradation in the river can lead to low dissolved oxygen levels and hypoxic blackwater events. Their resulting dissolved oxygen/dissolved organic carbon model is already helping water managers in South Australia and beyond, with CSIRO adopting and using the research upstream for the Murray Darling Basin Authority. Dr Gibbs and his research team also investigated the relationships between river hydrodynamics and the transport of seeds, microinvertebrates and Murray cod larvae – all important aspects of the river’s ecology and food web.

“We found that Murray cod larvae prefer to be somewhere that’s not flowing too quickly, where they can live, but they need the faster water flowing past. That will bring the food past so they grab something to eat and move back again. Working at this scale in the river, as well as the whole of reach scale is quite hard to do, but we’ve identified some relationships that allow us to capture the important dynamics within our models,” Dr Gibbs said. It’s the first time a model has been developed for the River Murray that incorporates water quality characteristics, ecological responses, and river hydraulics at the scale of hundreds of kilometres to inform infrastructure operations. The new models and research have been incorporated into the eWater Source hydrological model of the South Australian River Murray, so water managers can better predict what will happen when the hydraulics of the river change with regulator operations.

“Our hydrology team in DEW is using these results right now. At this time of year, we’re doing a lot of planning for what we’ll do in winter and spring when we want to get some of these ecological responses, like inundating vegetation or providing fish habitat in certain areas. We’ve only got so much water and we’re trying to look after as many components of the ecosystem as we can,” said Dr Gibbs.

As well as looking at different ecological processes in detail, the team also looked at the River Murray’s food web, to see how energy sources tracked up through the food chain.

“We’re bringing these carbon and nutrients into the river, off the floodplain and we assume that’s a good thing and it’s going into plankton, to invertebrates, to little fish and to big fish. But that’s an assumption, we haven’t really tested it. So that was the idea of using isotopes to track how those energy sources flow up the food web.”

The team sampled over two years – one (2017) where the river was allowed to flow without using any of the structures and the other (2018) where the water level was raised using a regulator – expecting that the latter would give rise to more resources, and a more diverse food web. In fact, they found the opposite and think this might be due to the large floods in 2016 having such a positive impact on the food web that carried over into 2017.

“That’s the next direction, trying to understand these processes and how by using these structures and inundating floodplains, we can really kick off the productivity of the whole river,” said Dr Gibbs.

Article from the Goyder Institute. 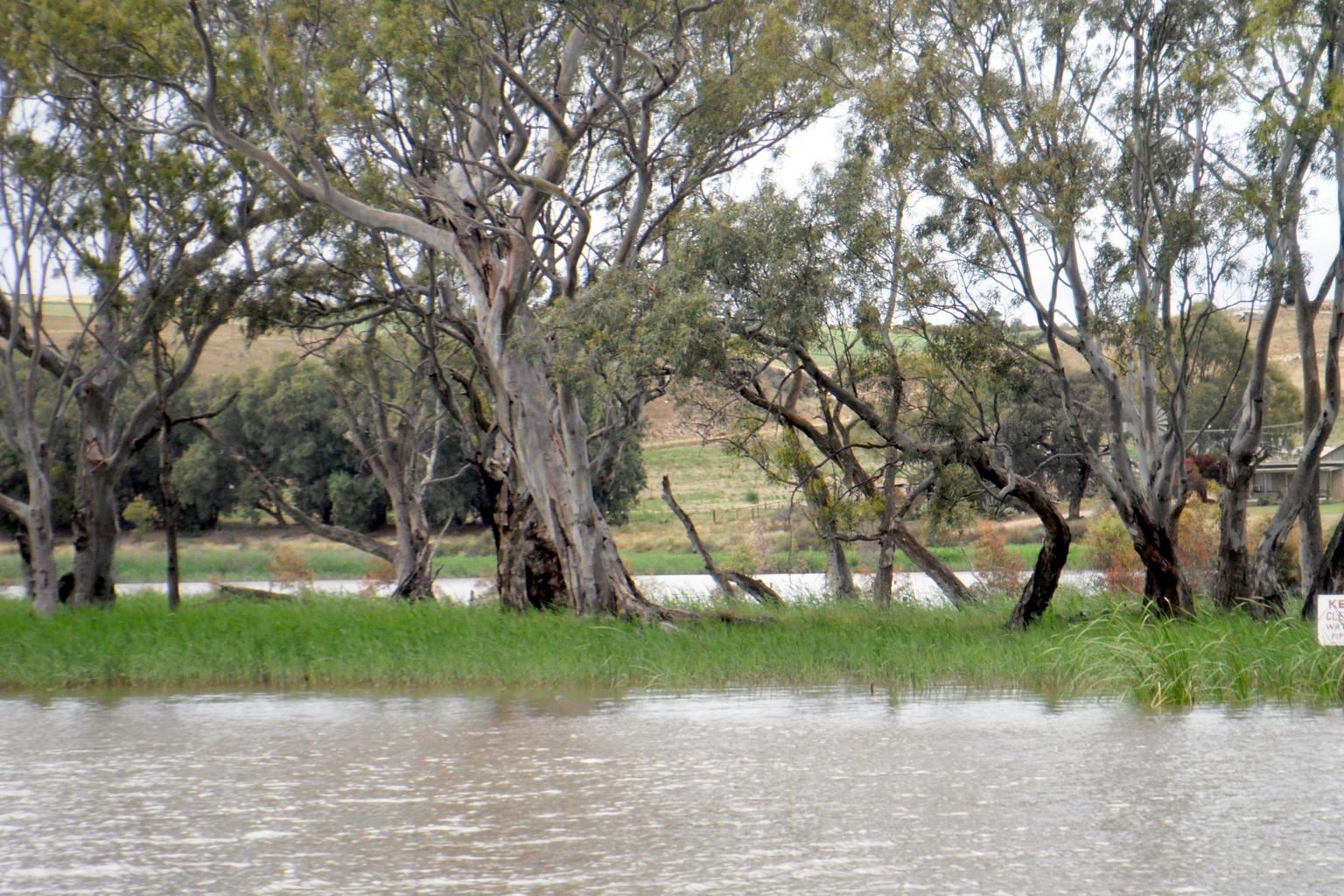 European carp have been a scourge on the River Murray. The destructive feeding habits of the carp have decimated the ecosystem, displaying aquatic plants and animals. In May 2016, it was announced that the Federal Government would spend $15million to eradicate carp, through the introduction of the herpes virus. The virulent herpes strain to be introduced […]