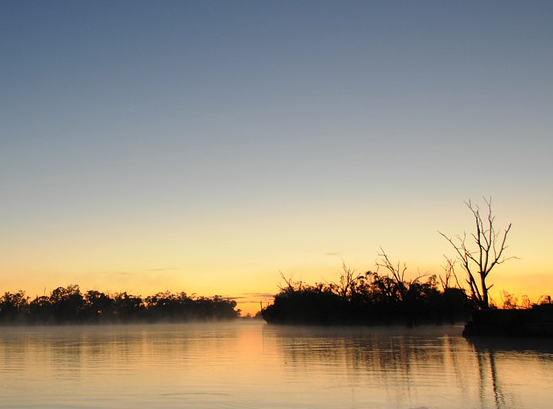 A team of scientists, led by the University of Adelaide’s Associate Professor John Tibby, has confirmed that the lower River Murray was not an estuary in the mid-Holocene period (more than 7000 years ago) – reinforcing scientific evidence likely to influence important river management policy decisions.

Their new paper, published in the Nature journal Scientific Reports was produced in response to claims made in a 2020 paper by University of Sydney’s Dr Anna Helfensdorfer and co-authors – which gained considerable traction during the past year through an article published by The Conversation in May 2020 .

Flinders University Strategic Professor in Coastal Studies, Professor Patrick Hesp, says the consequences that could lead from river policy makers following those fresh claims about the River Murray’s history would be significant.

“The authors of the 2020 paper claim their findings should result in a re-evaluation of south-eastern Australian climate reconstructions from marine sediments off the River Murray mouth – but this is a series of propositions we reject,” says Professor Hesp.

The authors of the new paper published in Scientific Reports, say multiple lines of evidence show that the Lower Lakes and lower River Murray were predominantly freshwater and any claims that they were marine and estuarine in the mid-Holocene are based on unrealistic assumptions.

“There is a wide range of evidence laid down in sediments in and around Lake Alexandrina that shows that the lakes were fresh 7,000 years ago. Importantly, lower sea level made it physically impossible for an estuary to form in the lower River Murray as has been suggested.” Lead author, Associate Professor John Tibby, Environment Institute member at the University of Adelaide.

Associate Professor John Tibby said: “There is a wide range of evidence laid down in sediments in and around Lake Alexandrina that shows that the lakes were fresh 7000 years ago. Importantly, lower sea level made it physically impossible for an estuary to form in the lower River Murray as has been suggested.”

Archaeological investigations led by Flinders University archaeologist, and Kaurna and Ngarrindjeri man, Dr Christopher Wilson also demonstrate that indigenous people were reliant on freshwater resources such as freshwater mussels at least 86 km up the Murray River from c. 8400 years ago to the time of European occupation. This evidence largely negates the possibility of the River being estuarine.

“Lakes Alexandrina and Albert are currently managed to keep them fresh. This approach is consistent with their predominantly fresh history,” Associate Professor John Tibby said.

The new paper identifies multiple lines of physical evidence for freshwater in the lower River Murray and Lower Lakes during the mid-Holocene period that are diametrically opposed to the inferred significant marine incursion modelled by Helfensdorfer et al.

The research found no definitive evidence exists for estuarine deposition of Holocene clays in the Murray Gorge, and the supposed “estuary” clays were deposited by rapid fluvial aggradation of fine-grained sediments between 10,000 and 7000 years ago.

The scientists say it is ‘normal’ for slow flowing, extremely low gradient, lowland rivers to transport clays and silts as suspended load – and that no marine or estuarine molluscs, dinoflagellates or diatoms are reported from the clays at Monteith.

The paper’s conclusions state: “While it was suggested that higher salinities could have aided clay flocculation and deposition, this process can happen in slow moving freshwater, while dense reed beds may have aided sediment trapping. Indeed, the deposition of clays before, and after the inferred mid-Holocene estuary demonstrates that this can occur in the absence of elevated salinity.”

The paper is part of a larger piece of research underway into the history of the lower River Murray lakes.

The study was funded by the Australian Research Council’s Centre for Biodiversity and Heritage (CABAH) and its Discovery program. The study region is within the Yurluwar -ruwe (traditional lands and waters) of the Ngarrindjeri people and was undertaken with the approval of the Ngarrindjeri Regional Authority. 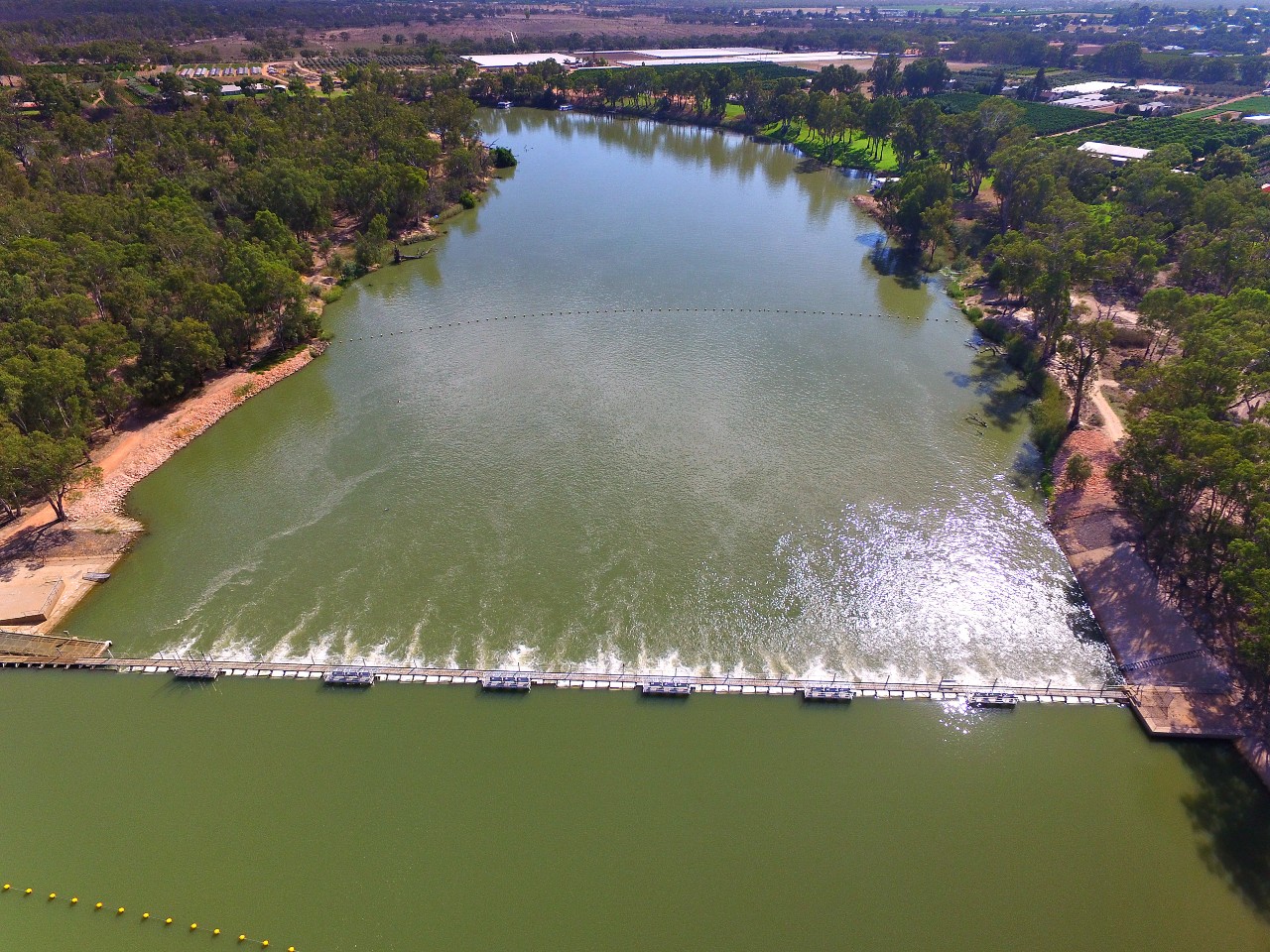 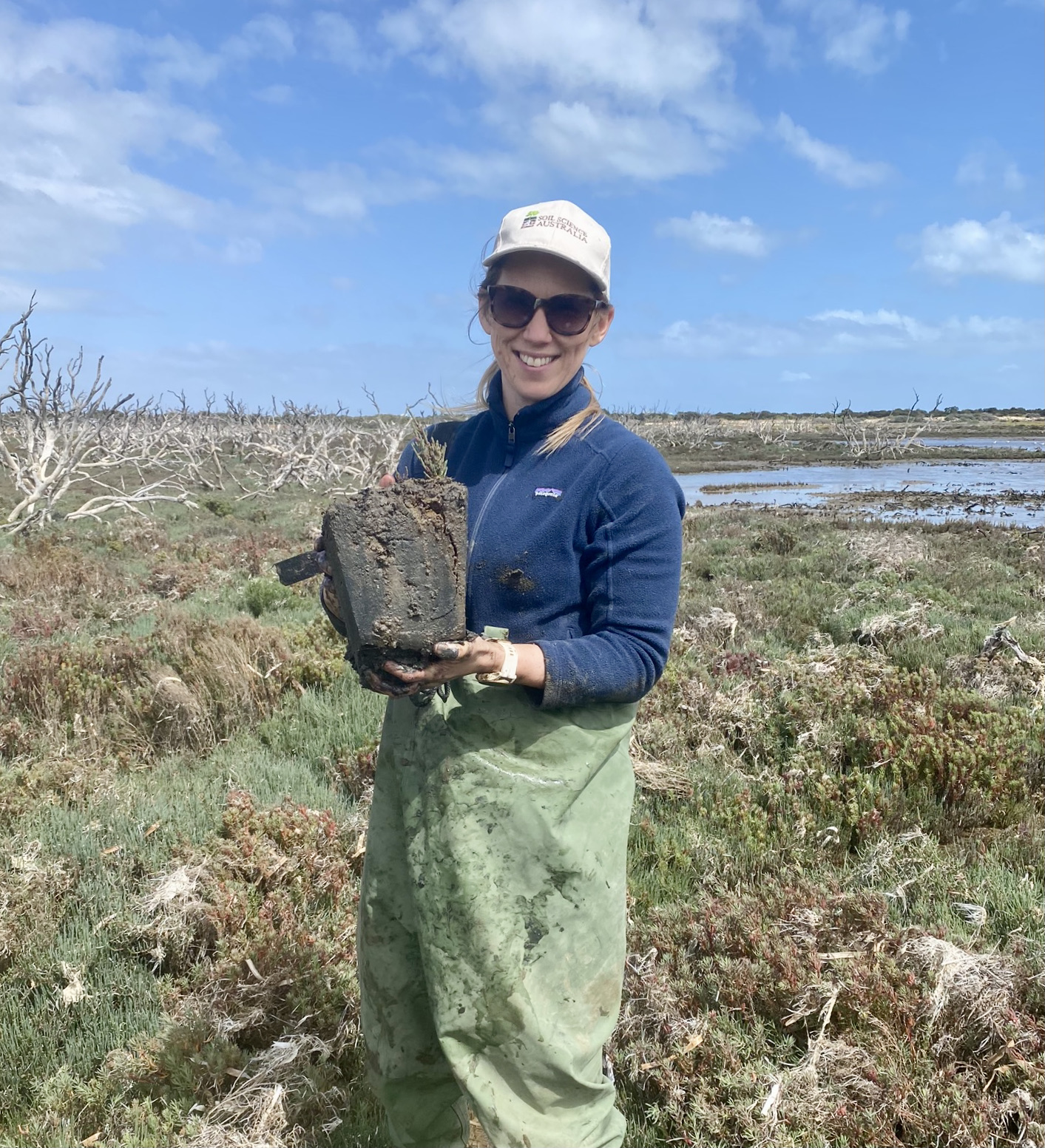 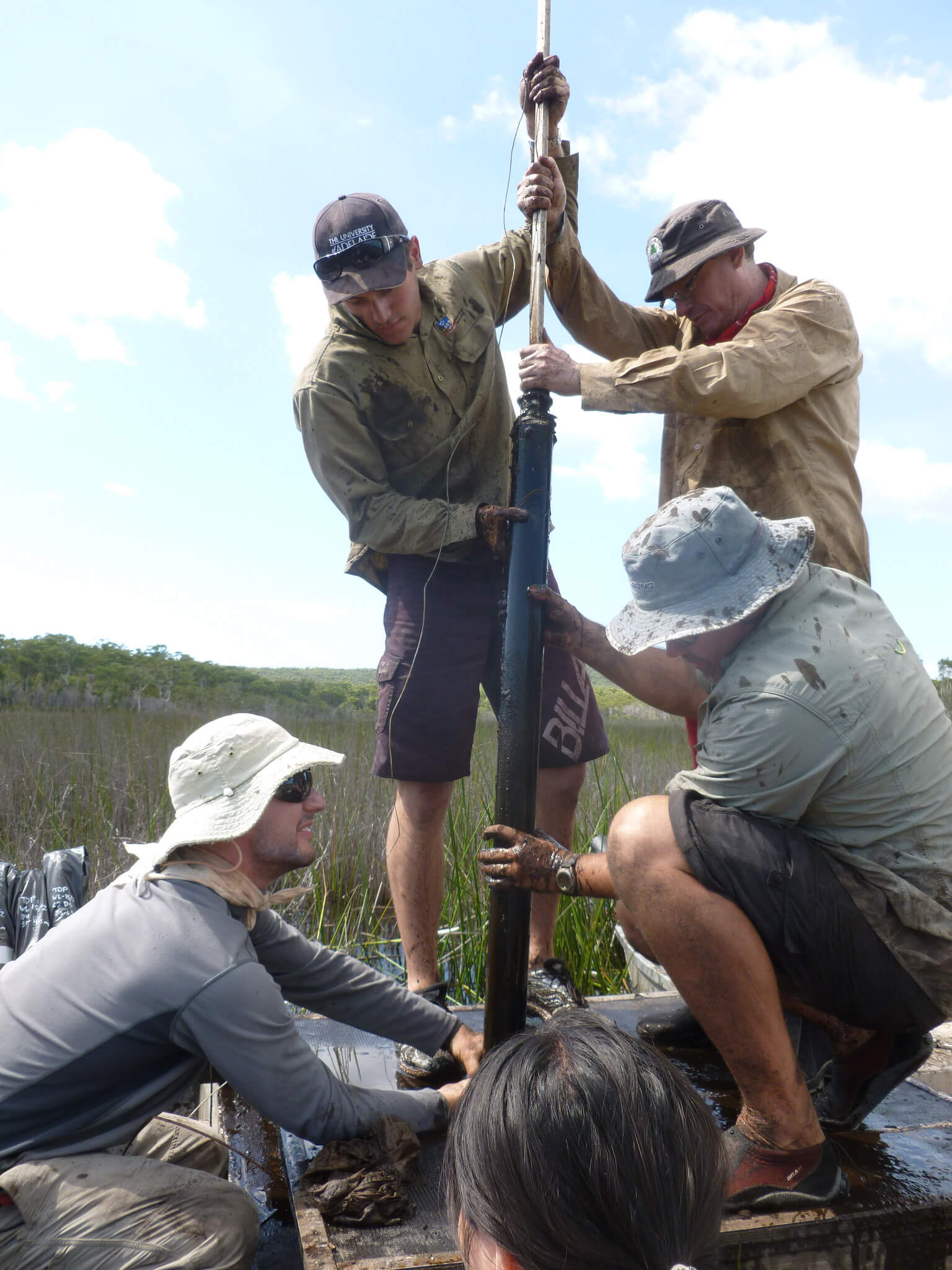