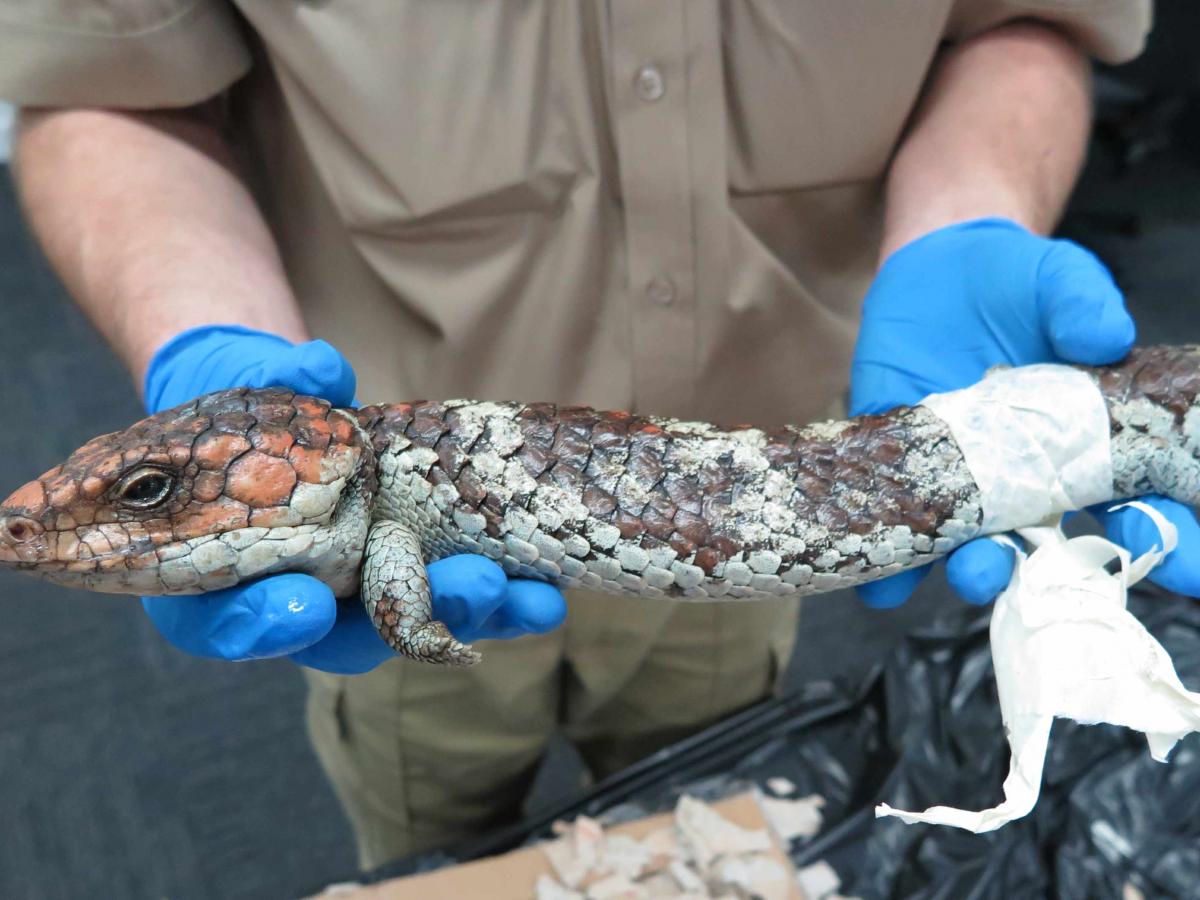 In a new study in Animal Conservation, researchers from the University of Adelaide and the Monitor Conservation Research Society (Monitor) investigated the extent of illegal trade in a well-known Australian lizard: the shingleback, also known as the bobtail or sleepy lizard.

Using government records, media reports, and online advertisements, the researchers found clear evidence that many shinglebacks have been illegally poached from the wild and are smuggled overseas to be traded as pets.

Author and PhD Candidate Adam Toomes from the University of Adelaide says: “While shinglebacks are a protected species in Australia, and can only be exported legally under a federal permit, there is little to no regulation of international trade once the animals have been smuggled out of the country.

“Not only are our findings concerning from a conservation and animal welfare perspective, but they also highlight a major loophole in our legislation which is being exploited.”PhD Candidate Adam Toomes from the University of Adelaide

While under Australian law it is illegal to export native live species, the import to many countries is not, along with trade once the animals have entered the country. It is left to each importing country to address the issue on an individual basis, such as changing their legislation to regulate both the trade and import of species native to other countries.

In the study, the researchers found all four subspecies of shingleback lizard are in trade across Asia, Europe and North America. This includes the threatened Tiliqua rugosa konowi subspecies, only found in the wild on Rottnest Island, Western Australia.

The lifestyle and characteristics of the shingleback makes them particularly vulnerable to poaching.

“They don’t tend to travel far from where they live and their defences, which include a slow retreat when approached and opening their mouth and sticking their tongue out, are not all that daunting. So they can be easily captured even by unskilled people,” Mr Toomes said.

Examining seizure data from 2015 to 2018 from the Australian Government’s Department of agriculture, Water and Environment, and additional seizure data from 2009 to 2020, the study shows more than 260 shinglebacks were destined for illegal exportation to countries including Hong Kong, China, Japan, Thailand, Malaysia, Singapore and Sweden.

A further 236 shinglebacks were seized in Western Australia but it was uncertain as to whether they were destined for international or domestic trade.

To protect Australian shinglebacks and curtail global trade, the researchers recommend they be listed in Appendix III of the Convention on International Trade in Endangered Species of Wild Fauna and Flora (CITES), which provides other countries with the legal means to confiscate illegally exported species.

CITES Appendix III lists species that are protected in their native country for which the country has requested assistance from others to regulate trade. New species can be added to the lists by notifying the CITES secretariat.

Co-author, A/Prof Phill Cassey, Environment Institute member and the University of Adelaide says: “Surprisingly, this piece of legislation is seldom used in comparison to other Appendices in CITES, and yet it could contribute to substantially reducing international trade of threatened reptiles, providing other countries with a legal basis to seize illegally imported species.

“While stronger international regulations and improved legislation are urgently needed to curb the illegal wildlife trade globally, until such legislation exists, CITES Appendix III is a legal tool that can help us protect at-risk native species, like the shingleback, right away.” 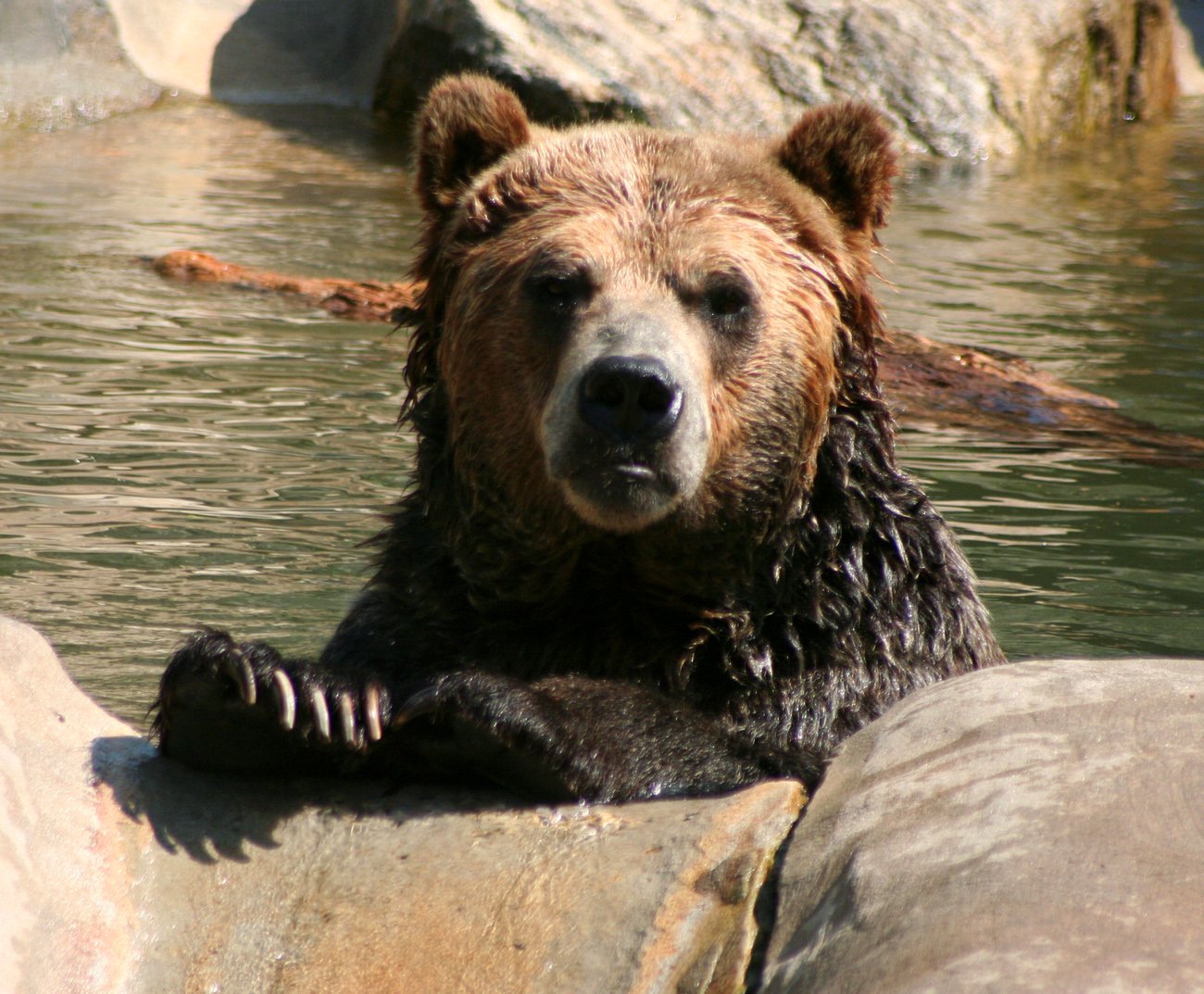 Bear parts are being smuggled in Australia and New Zealand

In a paper published in Pacific Conservation Biology, researchers from the University of Adelaide in collaboration with the Monitor Conservation Research Society and the Wildlife Justice Commission examined the demand for bear parts and products in Australia and New Zealand. They found that between 2007 and 2018 enforcement agencies had made almost 800 seizures of bear […]