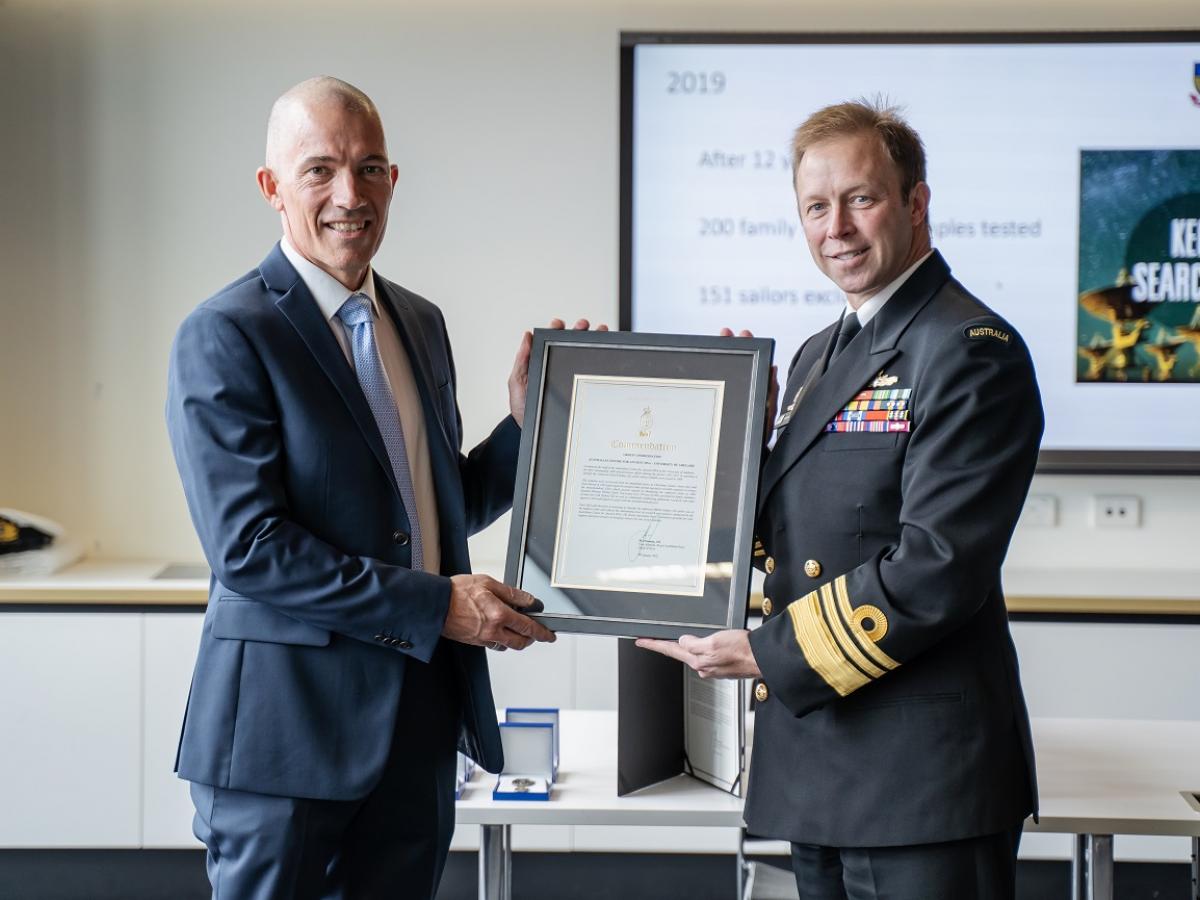 Experts from the University of Adelaide’s Australian Centre for Ancient DNA (ACAD) have been commended by the Chief of the Navy Australia for their part in identifying the only crew member ever recovered from the sinking of HMAS Sydney.

In a ceremony held on the University’s North Terrace campus, Vice Admiral Michael Noonan, AO RAN presented the ACAD team with the commendation.

Able Seaman Thomas Clark’s body was washed up on Christmas Island after the ship that he’d been a crew member of for only two-and-a-half months was sunk off the coast of Western Australia by a German raider. Following the sinking of HMAS Sydney on 19 November 1941 he is believed to have been the only one from the 645-strong crew who made it to a life raft. At that time the sailor’s identity could not be established.

In 2007 Jeremy was contacted by the Navy seeking assistance with DNA identification of the remains.  What Jeremy thought would take several months ended up being a 14 year journey that involved an incredible team of collaborative scientists and a lot of perseverance from Jeremy and the team.  ABC Conversations recently recorded a podcast with Richard Fidler interviewing Jeremy.  The finally result was, eighty years later, using modern DNA techniques, the ACAD experts were able to solve the mystery and positively identify Thomas Clark’s remains, and put his relatives’ minds at rest.

The University of Adelaide’s Associate Professor Jeremy Austin from the School of Biological Sciences and Environment Institute member accepted the commendation from Vice Admiral Noonan on behalf of the ACAD team.

The sinking of HMAS Sydney in November 1941 remains one of Australia’s greatest naval disasters. All hands on deck were lost and just one unidentified body was recovered from the wreckage. As the 75th anniversary of this historic wreckage approaches, the Navy is renewing calls for family to provide DNA to name the unknown sailor. The Environment […]