Posted on December 14, 2015 by EU Centre for Global Affairs 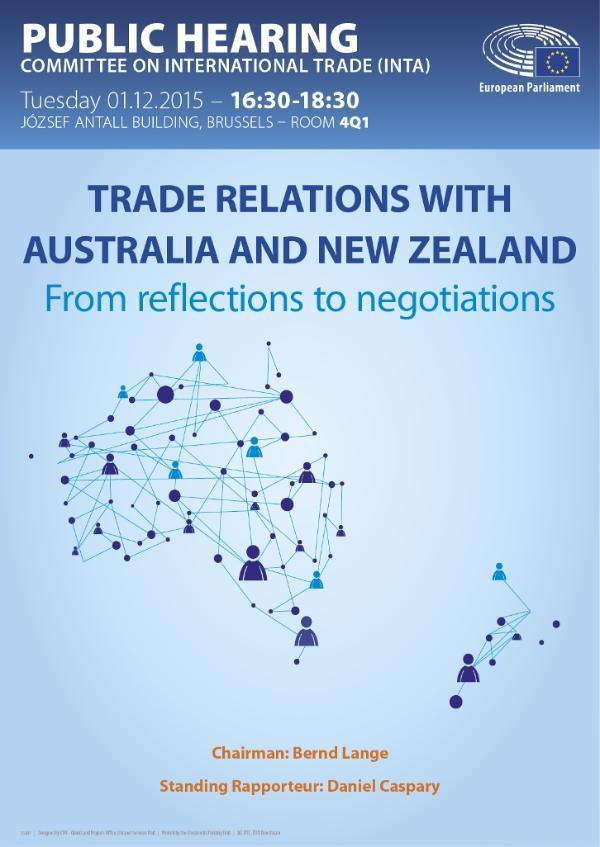 Towards EU-Australia FTA negotiations – Perspectives of the European Services sectors

On 15 November, the President of the European Commission Jean-Claude Juncker, the President of the European Council Donald Tusk and the Prime Minister of Australia Malcolm Turnbull announced the launch of negotiations for a bilateral Free Trade agreement between the EU and Australia. Australia is one of the rare countries that do not have a bilateral trade agreement with the EU and the absence of an FTA is clearly an anomaly, given the parties’ like-mindedness not only in cultural, but also economic terms.

Australia and the EU are both services economies, with a share of GDP in 2014 of 67.4% and 73.1% respectively. The volume of their trade in services is significant, amounting up to almost 31 billion € in 2013 with a trade surplus for the EU of 11.4 billion €. The EU invested over 122 billion € in stocks in Australia – 60% of which are composed of services – turning the countries into important partners in the field of FDI.

Australia is a strong developed country which is willing to move ahead in trade policy. This is reflected in its cooperation in the Trans-Pacific Partnership (TPP), its OECD membership, its efforts to accede the Government Procurement Agreement (GPA) in 2016, and also in its participation in the Trade in Services Agreement (TiSA).

The European Services Industry therefore clearly supports the launch of a deep and comprehensive agreement (DCFTA) with Australia. To embrace the opportunity to the largest extent possible, the agreement should aim for high results. It should be designed in a way to go beyond what the parties committed in GATS, TiSA, TPP (for Australia) and the GPA, in order to ensure that the potential benefits for both sides are fully grasped.

In order to achieve this, a number of steps should be taken:

As regards market access, negative listing should be applied to allow for further openings of two markets that are already quite accessible. On the horizontal level, the FTA can and should deliver concrete results, by taking measures for cross-border trade in services such as the removal of local server requirements and the assurance of cross-border data flow, as well as the facilitation of mobility of high skilled personnel. Additionally, some existing remaining restrictions should be lifted at the sectoral level. For example, the removal of Australia’s trade barriers in postal and express delivery and in the distribution sector should be brought forward. Australia could also work on the improvement of its TPP commitments in aviation and maritime transport. Equally, provisions on professional and financial services should be ambitious. Both parties should take commitments to improve their respective public procurement market access covering all public entities.

Lastly, the two partners’ mutual significance in FDI should be reflected by a proper investment protection chapter that will provide for effective protection to EU and Australian companies when investing in each other’s economies.

Should all these steps be taken, the negotiations will undoubtedly deliver a deal which should become a real benchmark in 21st century trade agreement, fostering further trade between the two economies and beyond. The European Services Sector therefore strongly encourages negotiators to quickly start the talks towards such an endeavour.

Towards EU-Australia FTA negotiations – Perspectives of the European Services sectors

Public Hearing: Trade Relations with Australia and New Zealand – From reflections to negotiations