The Age of Mega-Regional Trade Deals: What’s in it for Outsiders? 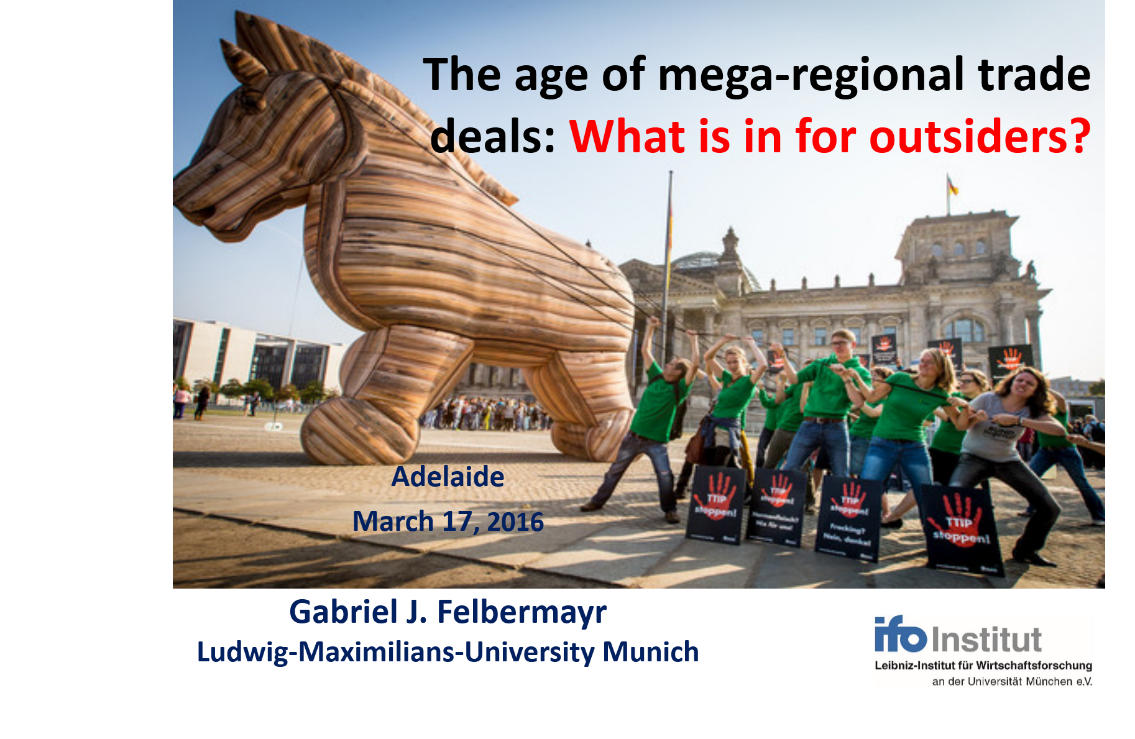 Jointly hosted at The University of Adelaide by the EU Centre for Global Affairs and the Centre for International Economic Studies (CIES) under its lecture series on “Globalisation”, Dr Gabriel Felbermayr, Professor of Economics at the University of Munich and Director of the Ifo Center for International Economics at the Ifo Institute for Economic Research in Munich, Germany, delivered a public lecture on The age of mega-regional trade deals: What’s in it for outsiders? on 17 March 2016. Dr Felbermayr was introduced by moderator, Dr Frank Staehler from the University of Tubingen, Germany.

Dr Felbermayr drew attention to the apparent global trend towards consideration of new “larger” kinds of regional trade agreements, focusing on the examples of the Trans-Pacific Partnership (TPP), Trans Atlantic Trade Agreement (TTIP), Regional Closer Economic Partnership (RCEP), the Canada EU FTA (CETA) and others. Such “megaregionals” are not only big in the sense that they aim to cover large shares of world trade but also deep in the sense that they aim to address a very broad range of issues (tariffs, domestic regulation, investment, services, currency manipulation etc). 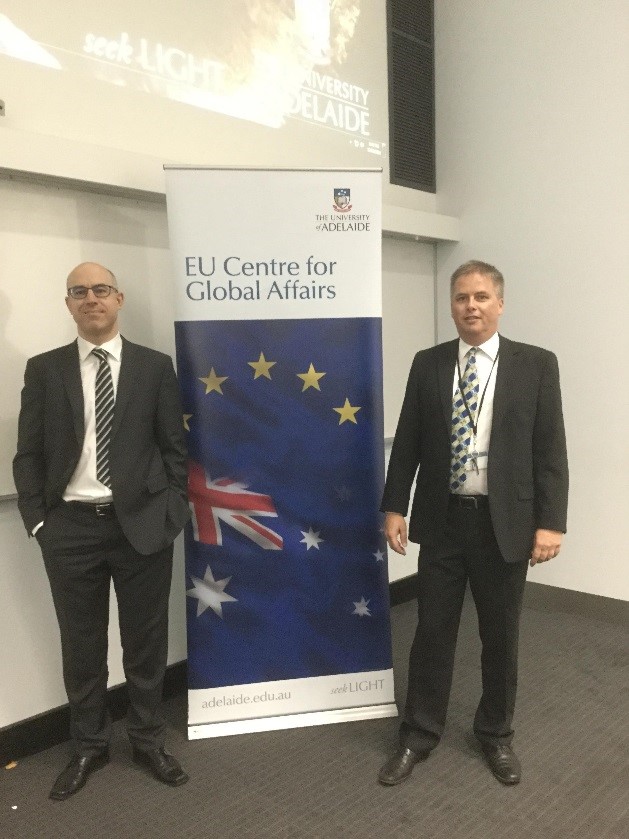 Dr Felbermayr addressed the current academic and policy debate around megaregional deals. In order to understand the potential impacts of megaregionals and answer questions such as the extent to which such agreements might discriminate against outsiders or foster global efficiency, Dr Felbermayr compared the results generated from various different macro and micro simulation models. He suggested that the macro approach tends to exaggerate third party losses both because it ignores the fact that specialization patterns may be very different and because positive spillovers from input-output linkages across countries are not modelled. When those factors are taken into consideration Felbermayr’s simulation shows overall long-run effects on real per capita income becoming positive for all TPP countries analysed. The lecture raised deep questions about future trends in consolidating trade agreements, the new political economy of trade deal making and the place of small and poor countries in the new emerging paradigm.

Public lecture: The age of mega-regional trade deals: What’s in it for outsiders?

On 17 March 2016 the EU Centre for Global Affairs welcomes Dr Gabriel Felbermayr from the University of Munich, Germany who will deliver a public lecture on The age of mega-regional trade deals: What’s in it for outsiders? This public lecture is offered in conjunction with the Institute of International Trade Globalisation Public Lecture Series. […]