Posted on August 12, 2016 by EU Centre for Global Affairs

Climate is changing. Rather than showing all the worst that can happen, this film focuses on people suggesting solutions and their actions. With acclaimed actress Melanie Laurent (Inglourious Basterds) and directed by Cyril Dion, this documentary is presented by the Delegation of the European Union to Australia, the Greek Embassy to Australia, the Slovenian Embassy to Australia, together with the EU Centre for Global Affairs at the University of Adelaide and the Hawke EU Centre for Mobilities, Migrations and Cultural Transformations at the University of South Australia.

In recognition of European Climate Week, events are planned across the globe, including in 5 locations across Australia. In Adelaide, guests are invited to join for a cocktail reception before the film screening and a moderated debate after the screening with a panel including Dr Alex Teytelboym from the University of Oxford, Mr Adrian Vatovec, Slovenian Honorary Consul in South Australia, Mr Eric Scotto, CEO of Akuo Energy, and moderated by Dr Charlie Hargroves from the University of Adelaide; with closing by Ms Roberta Ronzitti, the Consul of Italy in Adelaide. The film screening will be opened by Mr Chris Picton MP, Assistant Minister to the Treasurer of South Australia, and Mr Andreas Konstantinos Gouras, Consul General for Greece. 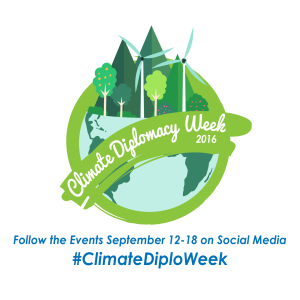