Posted on November 11, 2016 by Alexander Haines 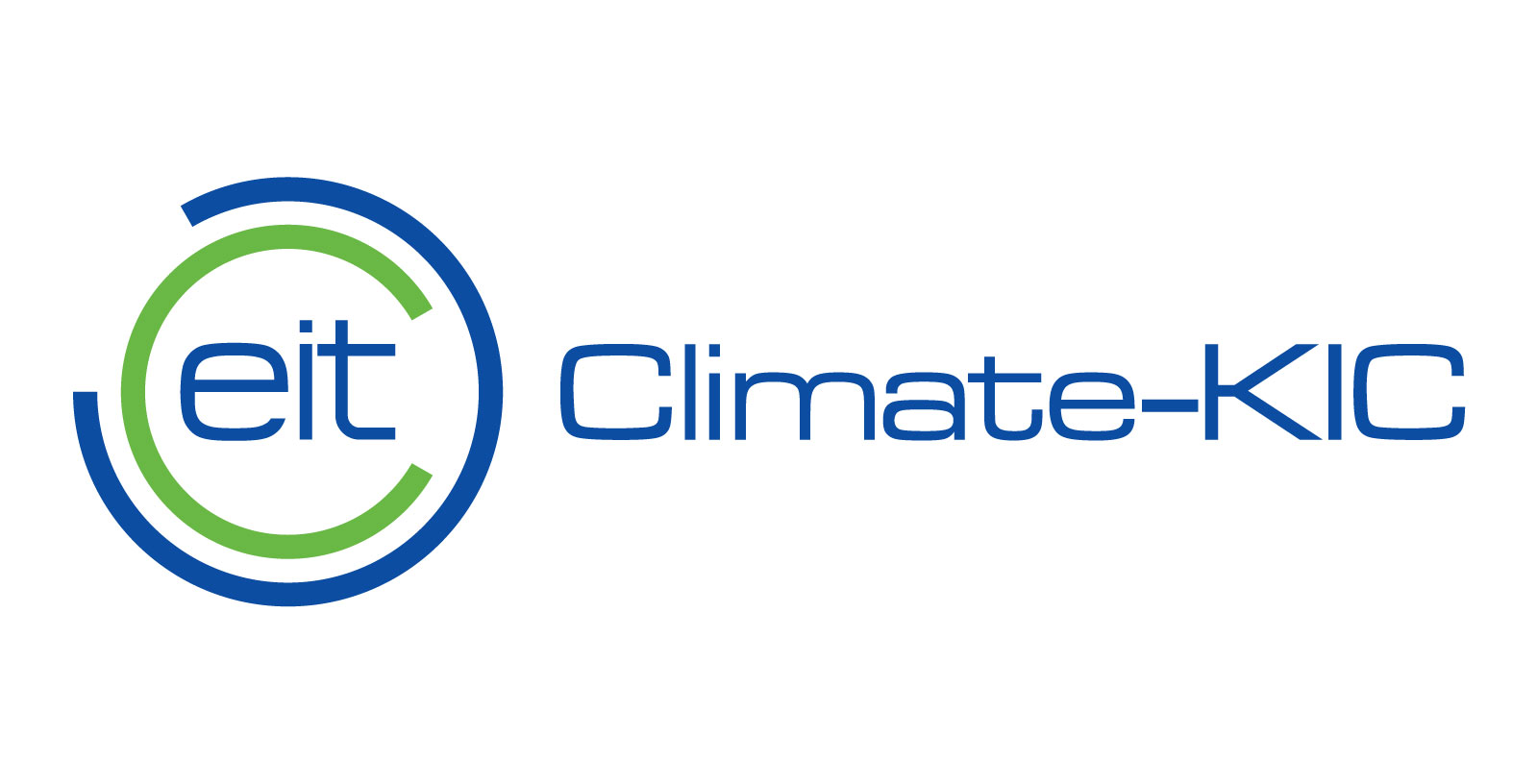 The EU Centre for Global Affairs supported the contribution by Centre for Entrepreneurship and Innovation at the University of Adelaide to the inaugural launch of Carbon Neutral Adelaide Climathon-KIC on 28 October 2016.

The event, held on the campus of the University of Adelaide, was opened by the South Australian Minister for Sustainability, Environment and Conservation, The Hon. Ian Hunter MLC, and The Right Hon. Lord Mayor of Adelaide, Martin Haese.

Cities all over the world participated in this 24 hour event, which aimed to find solutions to current global challenges. The inaugural Adelaide Climathon was hosted at The University of Adelaide in collaboration with the South Australian Department of Environment, Water and Natural Resources (DEWNR) and the student association Adelaide Sustainability Association (ASA) to contribute to the official ‘Carbon Neutral Adelaide’ programme.

The Climathon program involved 8 teams of 3-5 students along with a group of industry and government mentors. Over 24 hours, participants formulated ideas with mentors, developed their solutions, and pitched them to judges. The judging panel, moderated by Lucy Dodd, Project Manager, Water and Climate Change Branch, Strategy and Advice Department of Environment, Water and Natual Resources, and made up of:

The winning students were invited to submit proposals to the EU Centre for Global Affairs for 3 International climate entrepreneurship-related travel bursaries, funded from the Student Travel Grant funds for 2017. 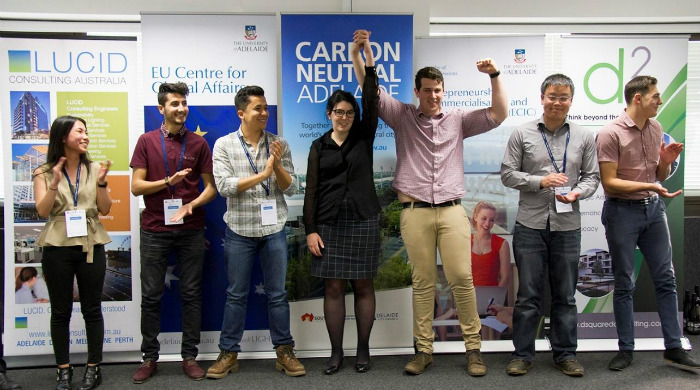 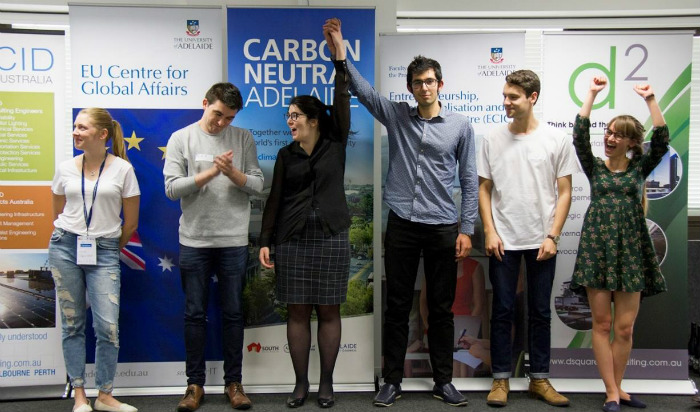 Ian Hunter was born in Broken Hill and was educated at Gilles Plains High School and Flinders University. He has worked as a Research assistant at Flinders Medical Centre, Youth Worker at CYSS, and Policy adviser. Before entering Parliament, Ian served as State Secretary of the Australian Labor Party. Ian’s policy interests include science and science education, industrial relations, social justice, the environment and sustainability.

Lord Mayor Martin Haese is a proud South Australian. As a city resident, business owner and educator, Martin is committed to serving the City of Adelaide’s residential, commercial and visitor communities. At 27 years of age, Martin opened his first retail store in the City of Adelaide and over the next 12 years grew that business into a successful national enterprise with 220 employees. Martin went on to study an MBA and later became the General Manager of the Rundle Mall Management Authority. Martin co-founded the Entrepreneurs’ Organisation in SA and has served on a number of boards including the South Australian Youth Arts Board, the Adelaide Convention Bureau, the Property Council’s Mainstreets Committee and Chairman the Bay to Birdwood. Martin was also the national Chair of the Council of Capital City Lord Mayors in 2015. Martin has also worked as a lecturer for MBA students where he has taught entrepreneurship in Adelaide and interstate. He has travelled widely and done business internationally. Martin believes that technology will provide many of the solutions for today’s problems and opportunities. As Lord Mayor, Martin is focused on enhancing Adelaide’s reputation as a smart innovative city and being a ‘city where good things happen first’. Martin’s immediate goal is for the City of Adelaide to become an even greater place to live, learn, work, play, visit and invest. The ultimate goal is to become the world’s most livable city.

The University of Adelaide would like to invite you to the launch of Adelaide’s participation in Climathon 2016, in the presence of the Minister for Sustainability, Environment & Conservation, The Hon Ian Hunter MLC, and The Right Hon Lord Mayor of Adelaide, Martin Haese. Cities all over the world are participating in this 24 hour […]