The forum provides an opportunity for Australian services firms to receive a high-level briefing on the proposed Australia/EU FTA from both the Australian Department of Foreign Affairs and Trade and the EU Delegation to Australia and New Zealand, with commentary and interaction from key business representatives in both Australia and Europe. The forum is moderated by Laura Tingle, Australian Financial Review.

Alison Burrows is the Special Negotiator (EU) in DFAT. She has worked extensively on trade issues, including as head of DFAT’s Office of Trade Negotiations; lead services and investment negotiator in the Australia – Japan, China and Korea FTAs; and lead agriculture negotiator in the Australia – US FTA. She has also worked in the Department of Prime Minister and Cabinet. She has served overseas as Australia’s Ambassador to Cambodia, and earlier as Deputy Head of Mission in Brussels.

Ivano Casella is Counsellor and Head of the Economic and Trade Section of the EU Delegation to Australia and New Zealand. Previously he served as Policy Officer in charge of Trade in Services at the EU Permanent Mission to the WTO in Geneva (2010-2014). Most of his career has been spent in the Directorate General for Trade at the European Commission. He was in charge of trade relations with South-East Asian countries (2001-2003); responsible for trade negotiations with Mercosur countries (2003-2006) and in charge of trade negotiations with Southern African countries (2006-2010). Before joining the European Commission in 2001, he was selected as official and investigator for the European anti-fraud office. He started his career in 1995 working for Business Europe as Trade Adviser.

Pascal Kerneis has served as Managing Director since ESF’s creation in 1999. He is in charge of running the ESF Secretariat on a daily basis. Since then, he has been able to raise ESF’s profile by advocating the further liberalisation of services, and by developing close working relationships with the EU and WTO officials. Pascal Kerneis represents the ESF members both towards European and international institutions and towards professional networks. He is now a well-recognised expert on International Trade in Services and is regularly invited as a speaker for Forums, hearings or summits organised inter alia by the European Parliament or Chambers of Commerce abroad.

Jason Collins was appointed Chief Executive Officer of the European Australian Business Council in 2007. From 2010 to 2013 he was the inaugural Chairman of the European Business Organisations Worldwide, an association of European business organisations and chambers of commerce spanning 5 continents. His previous experience includes working as an advisor and Chief of Staff in the NSW Parliament (1995-1998). From 2000-2002 Jason was Executive Director of the NSW Millennium Forum. In 2002 Jason co-founded Matrix Corporate Marketing, an advisory firm which assists companies on international business strategy, regulatory issues and stakeholder management. He is a board member of the Australia Youth Trust, a former Chairman of the Australasian Sponsorship Marketing Association, Board Member of the Australia Asia Young Leaders Program and Fellow of the University of Melbourne’s Myer AsiaLink Leaders Program. 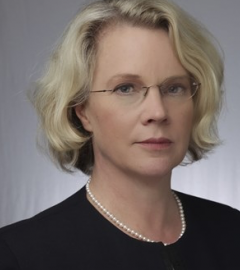 Journalist, Essayist and Author Laura Tingle has spent most of her 35 year career reporting on Australian federal politics, and the country’s major policy debate. She is the Australian Financial Review’s political editor, and has written on economics and politics for The Australian, The Age, the Sydney Morning Herald and the AFR. She is the author of Chasing the Future – a book about the recession of the early 1990s; of two Quarterly Essays: Great Expectations: Government, entitlement and an Angry Nation (2012) and Political Amnesia: How we forgot how to govern (2015); and of In Search of Good Government (2017). She has won two Walkley Awards and the Paul Lyneham Award for Press Gallery Journalism.

On 6 June 2017, the EU Centre for Global Affairs, in collaboration with the Australian Services Roundtable (ASR), the European Australian Business Council (EABC), and MinterEllison, welcomed over 85 interested participants from a broad range of services industry organisations, to engage with a high level panel of informed business speakers, following a Key Note address […]

By Jane Drake-Brockman Director, EU Centre for Global Affairs, Institute for International Trade, The University of Adelaide Vice-President, Australian Services Roundtable The narrative on commercial relations between Australia and the EU has traditionally been about agriculture. That was largely yesterday’s story. In retelling it, we risk remaining blind to current Australian business realities and ignore […]