Posted on October 4, 2017 by EU Centre for Global Affairs

On the seventh day of the EU Centre for Global Affairs’ study trip to Europe, the group moved from the centrally located youth hostel Mije Maubuisson, to the more suburban Hotel Phenicio. The location offers yet another perspective of Paris, with narrow lanes winding through multi-story apartment blocks with cafes and bars on the ground floor. 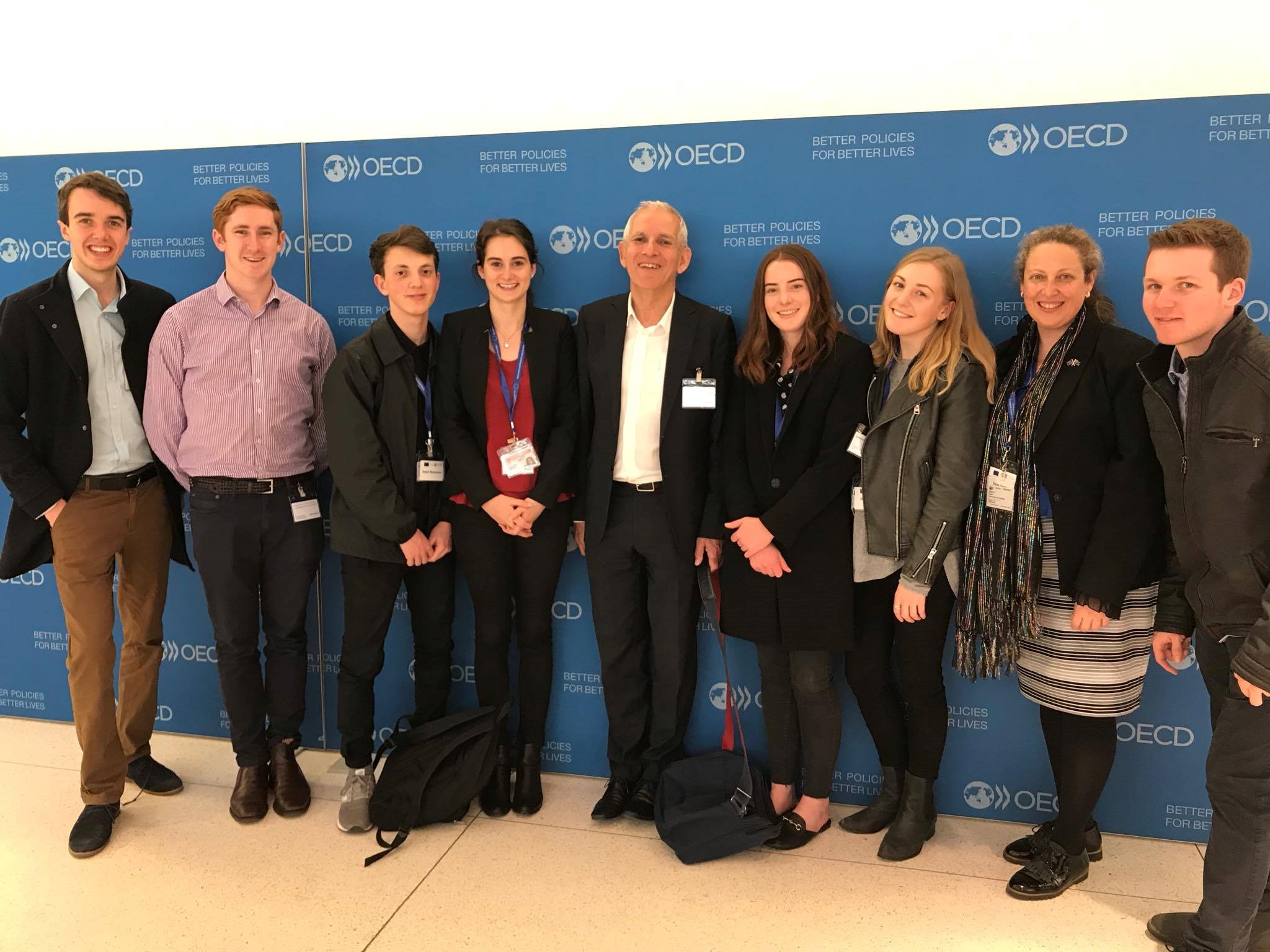 We headed in the morning towards the headquarters of the Organisation for Economic Co-operation and Development (OECD), described by University of Adelaide Professor Richard Pomfret as ‘the centre of modern capitalism’. Entry to the building involved several levels of security perhaps highlighting Europe’s fears of another terrorist attack.

The student group met with Ms Julia Neilson, head of the International Trade and Development unit, with whom we were lucky enough to speak for 40 minutes. Several students considered this among the most engaging talks on the trip so far. Ms Nielson described international relations as similar to personal relationships, with the key difference being that you could not simply avoid or move away from those nation states with which you disagreed. From this proposition, Ms Nielson articulated the importance of the OECD in ‘holding a mirror up ‘ to countries that had poor socio-economic or political histories to show them their own current performance and highlight areas of opportunity for alternative approaches for different outcomes.

During our time at the OECD headquarters, we also met Mr Jibran Punthaky, an economist based within the Global Relation Systems department. A graduate of The University of Sydney, he shared with the student group the process of securing a graduate position and described the career opportunities with the OECD. 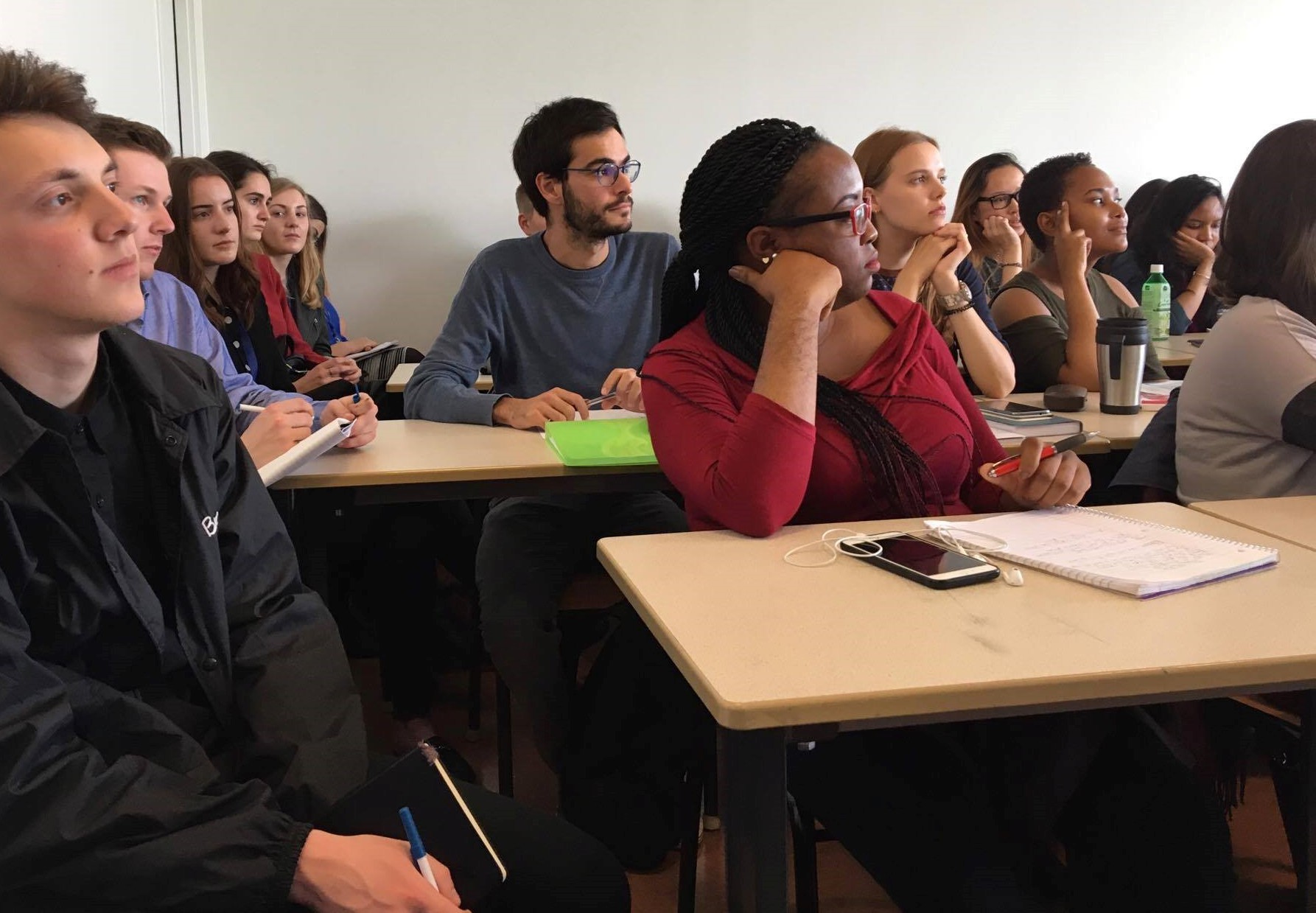 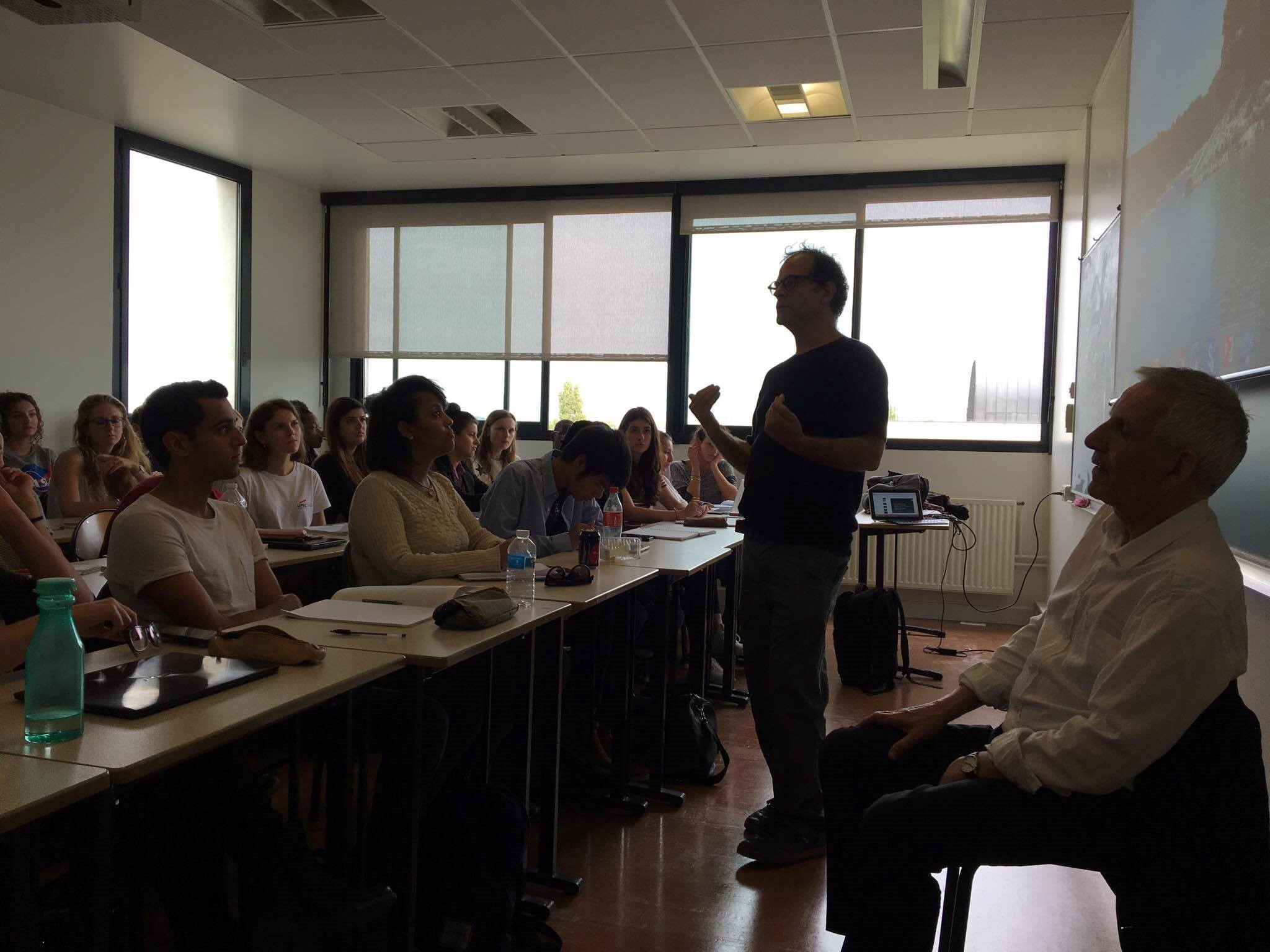 In the afternoon we moved to the Universite Paris Est Creteil (U-PEC). We were met there by Dr Boris Najman, an Associate Professor in the Department of Economics. We joined one of his tutorials in the Economics and International Development Masters program, and were given the opportunity to ask questions of both him and his students. As the tutorial revolved around the effectiveness and functioning of the EU, the views of the cohort were diverse. Since the International course was delivered in English, this diversity was reflected in the students’ nationalities, with students from Africa, Vietnam, Russia, Germany, France and more. Hearing the opinions of students from Gambia and Botswana offered new perspectives on how other non-EU nationals perceived the EU. A student from Botswana spoke of the positive response to Brexit in her country, as it strengthened the possibility of a Commonwealth Free Trade Agreement for Botswana. A student from Gambia expressed his appreciation to the EU for its support of his country as it transitioned out of many years of civil war.

Jane Drake-Brockman, Director of the EU Centre for Global Affairs, was invited to address a Commonwealth Secretariat workshop “Harnessing the Commonwealth Advantage in International Trade” in London, on July 13. The one-day event was hosted by Pinsent Masons and opened by The Rt Hon Patricia Scotland QC, Secretary-General of the Commonwealth. What is the Commonwealth advantage? A Commonwealth […]