The day was centred at the European External Action Service. A variety of officials informed the student group about a range of political and economic issues relating to both the European Union (EU) and indeed the entire world.

EEAS Climate Change advisor Pascal Delislie was the first speaker, who explained the challenges climate change not only poses to the planet but also security, through its consequences on mass migration, war, health, etc. He explained that whilst energy is the competency of individual Member States, there are substantial EU subsidies and supports for the renewable energy sector, such as those in the European Commission’s €3.98 billion European Energy Programme for Recovery (EEPR). There also exists an EU-wide Emissions Trading System, which Mr Delislie stated he believed is becoming the preferred method for targeting carbon emissions worldwide, despite Australia’s current ‘Direct Action’ auction system. This is because it provides a cap on carbon emissions and allows the price of carbon to adjust, making it simpler to reduce emissions by a certain level (in Europe, the target is 40% by 2030 from 1990 levels).

A problem facing the EU has been its defence and security, and EEAS Press Officer Esther Osorio described some of the EU’s recent efforts in this field. Bringing together the defence of twenty-eight Member States is clearly a difficult task, and many of these countries have failed to reach the 2% funding figure stipulated by the North Atlantic Treaty Organisation (NATO). Highlighting this problem is the departure of the UK, which has the fifth largest defence budget worldwide. Ms Osorio provided the student group with information regarding the plans the EU has to further its defence capabilities, including plans to provide Member States with a framework which would enable them to invest in defence projects together that they could simply not afford by themselves.

EEAS Strategic Communications Officer Milosz Labed explained the role of the High Representative for Foreign Affairs and Security Policy / Vice-President of the Commission Federica Mogherini, who represents the EU for a variety of international matters, such as the United Nations (UN), and in discussions with Australia’s Minister for Foreign Affairs Hon Julie Bishop, MP. EEAS Press Officer Adam Kaznowski also described his role to the group. Something he discussed was the active role the EU has in sending peace-keeping forces overseas to places such as Myanmar and parts of Africa. Many of the members of the study tour assumed such tasks were largely undertaken by the UN.

The subsequent visit to the daily European Commission press briefing (the only EU institution to engage in such a practice) was exciting. The students had their first experience of simultaneous translation of French to English through headphones which they found quite stunning; the group was impressed by the professionalism of the proceedings.

Both Mr Irek Momot, EEAS Policy Officer for Australia and New Zealand, and Mr Radek Wegrzyn, European Commission DG Trade Policy Coordinator for Australia and New Zealand, detailed recent development in Australia’s ties to the EU. In the context of the recent Framework Agreement signed August 7th 2017 and the impending Free Trade Agreement negotiations, these relations are as important as ever. Mr Wegrzyn stated that President Juncker’s plans to allow more decisions to be made in the European Parliament through qualified majority, rather than unanimity, could speed up the process of future EU trade deals. This could make the bold deadline anticipated for the EU-Australia FTA, which is essentially before the date of Brexit – 19th March 2019 – more achievable. He also commented that in his view Australia’s recent anti-dumping measures against imports of canned Italian tomatoes would have not have a significant impact on the FTA negotiations.

At the completion of the day, the group visited Brussels’ Grand Place for the last time and enjoyed a beautiful meal, contemplating and discussing the wealth of information and insight from the visit. 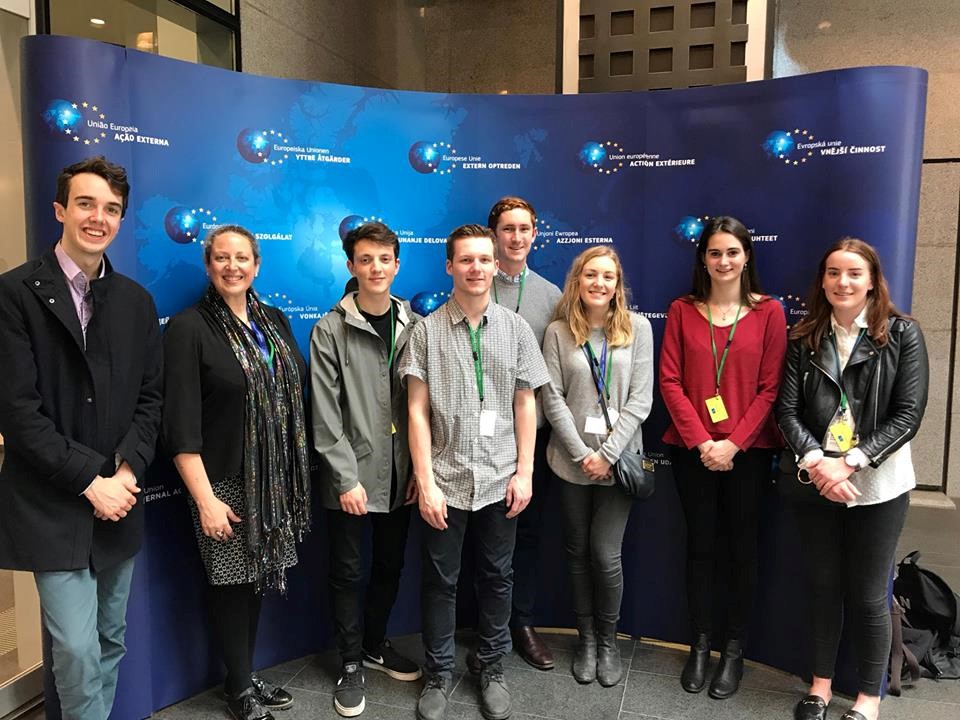