Posted on November 13, 2017 by EU Centre for Global Affairs

The EU Centre for Global Affairs is delighted to present three more prizes to students who entered a film competition involving extending cultural understandings by investigating connections between Europe and Australia.

The judges were pleased to see the Netherlands featured in this film from Year 4 students Rudy, Huon and Louie at Goulburn Street Primary School, Tasmania, interviewing their teacher Mr Henk Smit, especially as the Netherlands was one of the original six countries of what today is the European Union.

The story has significant references to culture and ease of movement between countries of Europe. A bit of humour in how maybe from the other side of the world in Europe there is still a perception that Australia was all a land of kangaroos and bush. This perception was negated when Mr Smit later talked about Australia as having many modern cities. Comparing the physical geography of the Netherlands (lowlands) to Tasmania (hills and mountains) was most interesting as was the reference to global warming explaining that the Netherlands used to have many lakes on which ice-skating could happen but that this was changing as the world’s climate changed. Watch the film HERE. 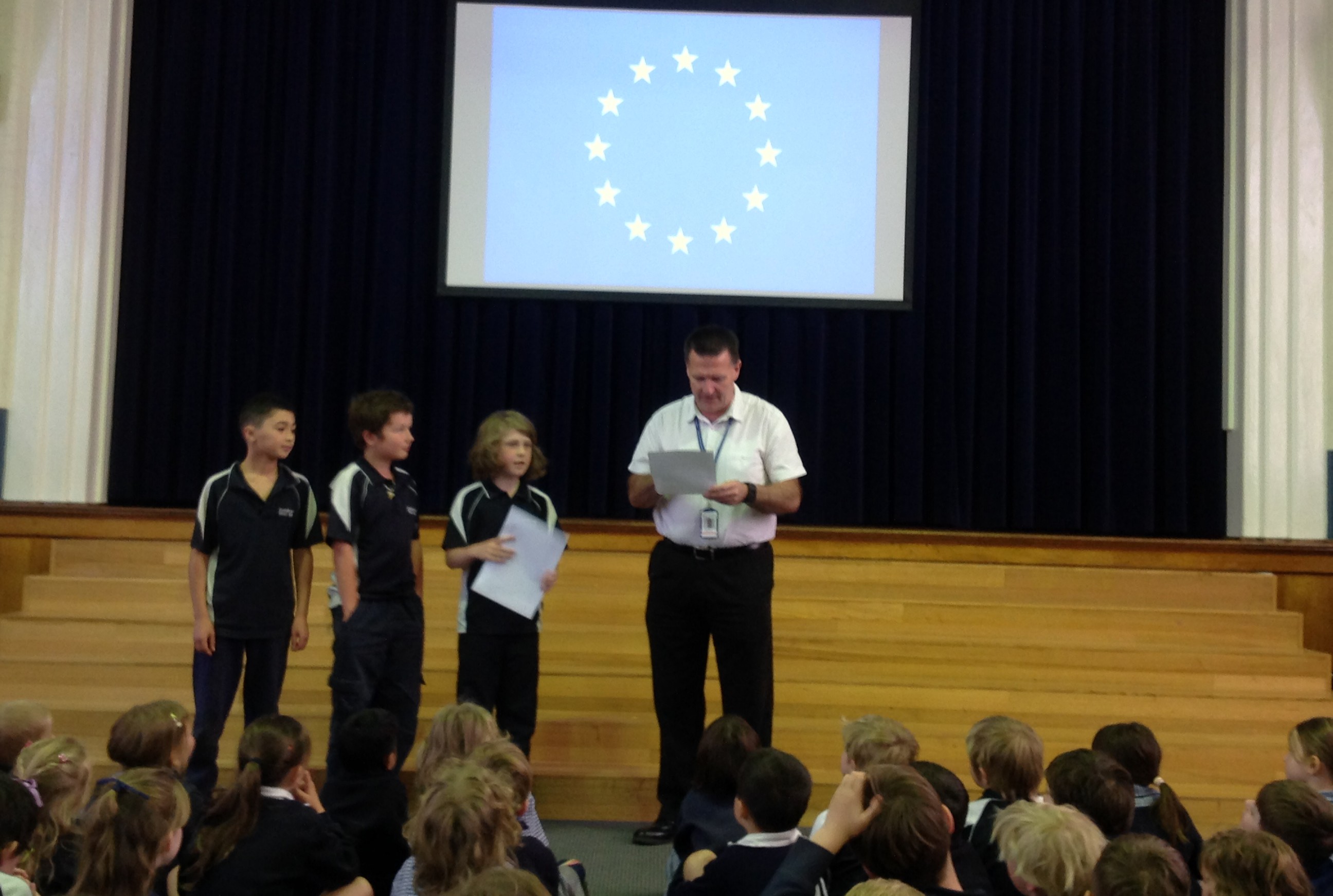 More details about the competition can be found HERE.

The EU Centre for Global Affairs held a prize giving ceremony for its first “My EU” Film Competition winner. Jayden Betterman of Sacred Heart College Middle School who shared his mother’s migration story from Poland to Adelaide received his book voucher in front of over 100 of his peers. Congratulations! The EU Centre expects more entries for this […]

The EU Centre for Global Affairs announces its first “My EU” Film Competition winner – Jayden Betterman of Sacred Heart College Middle School. Jayden shared his mother’s migration story from Poland to Adelaide. Among other things the film mentioned the Pennington Migration Hostel, the longest running of South Australia’s Migration hostels. Such stories form an important part of the […]