The Future of the EU Summit

Posted on November 13, 2017 by EU Centre for Global Affairs

With the two-day conference entitled “Fulfilling the Vision: European Union Futures?” coming to a close on the morning of Wednesday 18th October, the event shifted from the Royal Melbourne Institute of Technology University campus to the University of South Australia campus for its final event, entitled “The Future of the EU Summit” organised by the Hawke EU Centre for Mobilities, Migration, and Cultural Transformation. Some participants made the trip from Melbourne to Adelaide for the event, including the new Ambassador and Head of the EU Delegation to Australia, His Excellency Dr Michael Pulch, who gave the opening address. Similar to the conference held in Melbourne, this summit looked to address the questions and concerns surrounding the EU’s future.

Representing the EU Centre for Global Affairs was Professor Richard Pomfret , Professor of Economics and Jean Monnet Chair on the Economics of European Integration at the University of Adelaide. Professor Pomfret delivered a presentation titled “Trade Agreements in the Era of Global Value Chains” which highlighted how global value chains have emerged, Australia’s lack of involvement in this important part of international trade, and how to connect into global value chains through trade agreements. 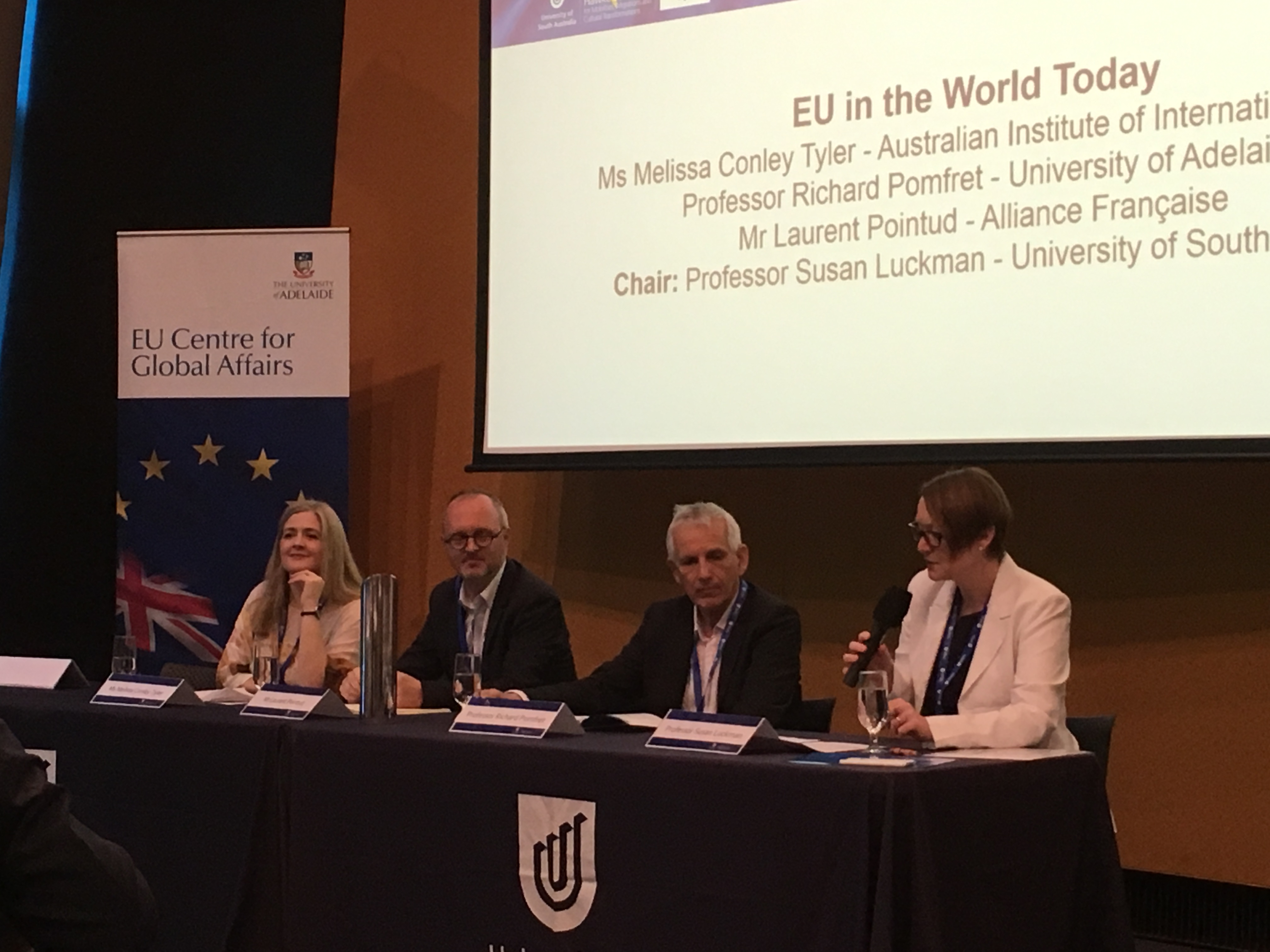 Professor Richard Pomfret, third from the left, representing the EU Centre for Global Affairs on the first panel 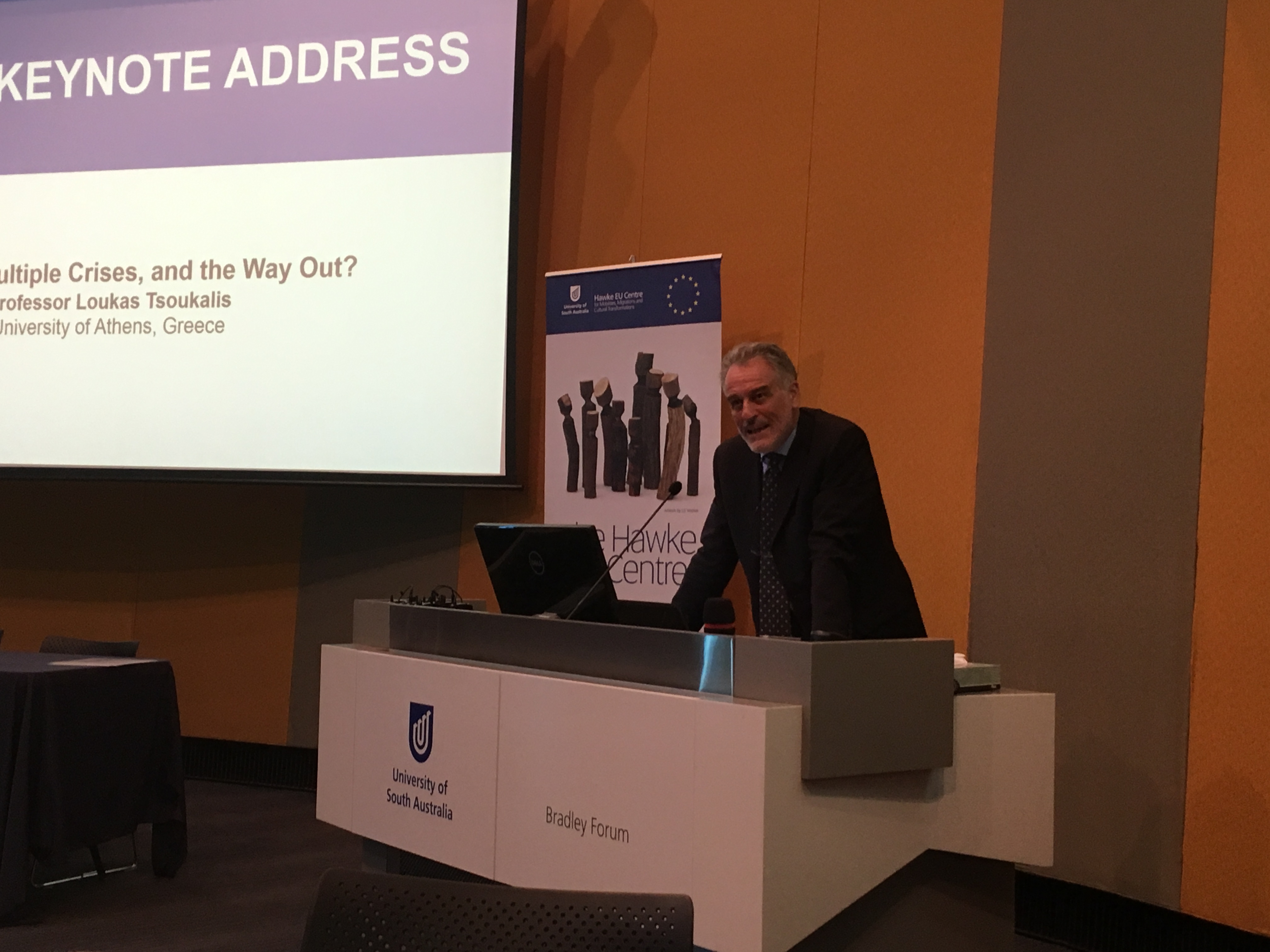 The Future of the EU Summit is a multidisciplinary forum, which engages the pressing issue of the prospects for multilateral cosmopolitanism, global justice and alternative political futures in the EU, and with specific reference to the future of EU-Australia relations. The Summit takes place against the political backdrop of the arrival of a new age of isolationism […]