Phylloxera in the South Australian viticultural imagination: A seminar with Dr William Skinner

For the fifth seminar in the Food Values Research Group seminar series, we are pleased to present: 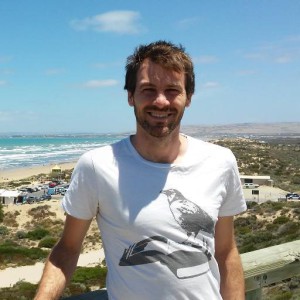 The spread of the phylloxera vineyard root louse from the second half of the nineteenth century onwards represents a fundamental rupture in the world of wine. Its impact radically reshaped the global economic and political landscape of wine production and trade, and forever altered viticultural techniques and practices. Unlike most other Australian states South Australian vineyards have avoided phylloxera infection, due to a combination of strong biosecurity measures, geographical remoteness and luck. This placed the South Australian wine industry at a competitive advantage, and South Australia has maintained its prominence since, now accounting for nearly fifty per cent of Australia’s total production.

This paper draws primarily from William’s PhD research in the McLaren Vale region, where local producers expressed concern about the perceived influence of large wine corporations in proposed relaxation of biosecurity regulations to enable more economic transport of machinery and equipment. This, they fear, would greatly increase the risk of South Australian vineyards to phylloxera exposure. He argue’s that the absence of phylloxera has not diminished its symbolic importance among wine producers in South Australia. Instead, the local industry largely defines itself against its ever-present ‘threat’, and it is in relation to this that particular local discourses of tradition and authenticity have developed that emphasise vineyard purity and continuity and valorise wine from old, ungrafted vines. Phylloxera has become extraordinarily significant to winegrowing in South Australia, not through its presence but rather its absence.