On Tuesday the 30th of August, the ABC’s science program Catalyst ran a piece on gene editing, with a particular focus on one of the newest tools CRISPR-Cas9.

Gene editing tools such as CRISPR-Cas9, often just referred to as CRISPR, allow scientists to cut the DNA within an organism’s genome in a specific place, using a nuclease (a DNA-cutting enzyme, Cas9) and short ‘guide’ RNAs. Once the DNA is cut, natural mechanisms make repairs, and small changes can be made in the DNA code.

The program focused on the medical applications of the technology, as well as some of the agricultural and food applications, for example allowing egg-producing lines of chickens to be sexed before hatching so that only females are hatched. 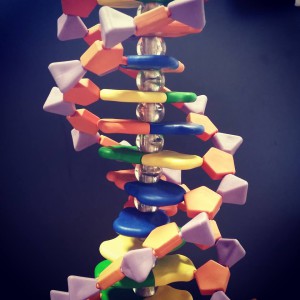 “In the biomedical domain, where this has the potential to cure very serious diseases from which people suffer, the public is much more likely to be open to allowing investigations in that area. But as soon as it goes offshore or underground or it’s not visible, for whatever reason, I think that’s where the hesitance really creeps in, and correctly so.”

“We’ve done a lot of studies asking the general public about their views on genetic modification of crops, and they are still not sure what’s in it for them. At the end of the day, although we’re a community, we look outward, we want things to be good more generally, we’re very concerned about what the effects of these things are going to be on ourselves and our families.”

The RiAus has some additional information on CRISPR-Cas9 and gene editing.