For the November Food Values Research Group Seminar, we are pleased to present: 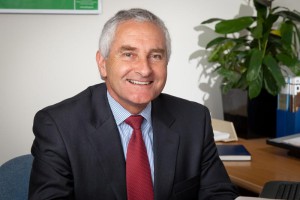 If global food production is to keep up with the growth in food demand, the productivity of resources employed in agriculture needs to increase. That can happen by investing more in agricultural research, but that is expensive and involves decades to yield results. There is a far more-immediate and lower-cost way to enhance global food security sustainably, namely, by reforming policies that are distorting food prices and trade. Open markets maximize the benefit that international trade can offer to boost global food security and ensure the world’s agricultural resources are used sustainably. Declining costs of trading internationally reinforce that message. So does climate change: if global warming and extreme weather events are to become more damaging to food production, then all the more reason to be open to international food markets and allow trade to buffer seasonal fluctuations in domestic production. The more countries that do so, the less volatile will be international food prices. True, there is always a risk that some groups may lose from trade opening if uncompensated, but there are ever-more ways to fairly compensate such groups, and that can be an integral part of the policy reform package.

Professor Kym Anderson is the George Gollin Professor of Economics at the University of Adelaide in Australia, where he has been affiliated since 1984. Previously he was a Research Fellow at the Australian National University’s Research School of Pacific and Asian Studies (1977-83), and in 2012 he rejoined ANU part-time as a Professor of Economics in its Crawford School of Public Policy. He was on extended leave at the Economic Research division of the GATT (now WTO) Secretariat in Geneva during 1990-92 and at the World Bank’s Research Group in Washington DC as Lead Economist (Trade Policy) during 2004-07. He is a Fellow of the AAEA, AARES, AAWE, ASSA, APPS and CEPR. He is also Chair of the Board of Trustees of the Washington DC-based International Food Policy Research Institute. He has published around 400 articles and 40 books, including The Political Economy of Agricultural Protection (with Yujiro Hayami, 1986), Disarray in World Food Markets (with Rod Tyers, 1992), The World’s Wine Markets: Globalization at Work (2004), Agricultural Trade Reform and the Doha Development Agenda (with Will Martin, 2006) and, during 2008-10, a set of 4 regional and 3 global books on Distortions to Agricultural Incentives. His publications have received a number of awards from professional associations, including the Australian, European and American Agricultural and Applied Economics associations. His latest book, due out in January, is Agricultural Trade, Policy Reforms, and Global Food Security (January 2017). In 2014 he was conferred with an honorary Doctor of Economics degree by the University of Adelaide and in 2015 he became a Companion of the Order of Australia (AC).