Selective Eating and (Dis)Trust in Food: A Seminar with Claude Fischler

For the first Food Values Research Group Seminar of 2017, we are pleased to present:

Selective Eating and (Dis)Trust in Food 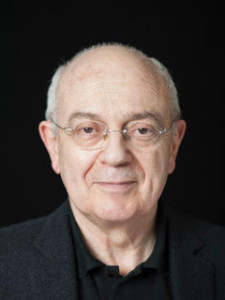 Claude Fischler is a French social scientist (sociology, anthropology) senior investigator with CNRS, the French National Science Center and a former director of the Interdisciplinary Institute for Contemporary Anthropology. He was one of the social scientists who began exploring food and eating, a relatively new topic for the social sciences, in the 1970s. He developed cross-disciplinary approaches to food cultures and their evolution, to eating behaviour, to medical and lay perceptions of the relation of food and health and to the perception of risk. After his 1990 book L’Homnivore, a synthesis of the social sciences’ perspective on food and nutrition (still in print in french), Fischler developed cross-cultural comparative studies on collective views of food and health in European and Western countries, showing considerable differences between nations and cultures with comparable levels of development, and suggesting they might help understand significant and often overlooked differences in prevalences of non-communicable diseases and obesity. Fischler also touched upon the field of wellbeing and happiness, again in a cross-national comparative perspective. His current focus is on sustainable food systems, and on the anthropology of commensality (eating together). In 2015, he edited Selective Eating: The Rise, Meaning and Sense of “Personal Dietary Requirements”.