For the second Food Values Research Group Seminar of 2017, we are pleased to present two talks from the leaders of our research group:

Designer babies, human-pig chimeras, and mosquitos: How gene editing is being made public in Australia 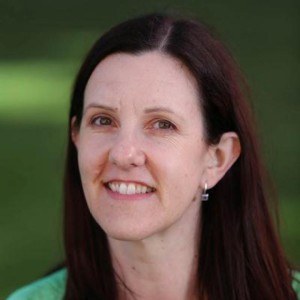 Gene editing is a term used to describe the use of a suite of recently-developed tools used by molecular biologists to precisely alter genomes. The most well-known of these tools is the CRISPR-Cas9 system. Gene editing has already been used to modify human embryos (Liang et al 2015), as gene therapy in humans and numerous other in vitro studies aimed primarily at the prevention of human diseases. However, there is some ambiguity in the regulation of gene editing in most countries, and in particular whether current restrictions that relate to genetic modification should also be applied to gene editing. In this presentation I will discuss how gene editing is being ‘made public’ in the Australian media, and in particular address whether gene editing is presented as a step along a continuum of innovations in molecular biology, or a major disruptive technology. Implications for public engagement will also be addressed.

Dr Heather Bray is a researcher exploring community understandings of, and attitudes to, the role of science and technology in food production, in particular genetically-modified crops and food, and farm animal welfare. She has recently returned to full-time research after working for over 10 years in science communication, developing community engagement programs for agricultural research centres that use complex and controversial technologies. Her background is in agricultural science and she has worked as an animal scientist in both Australia and the Netherlands. 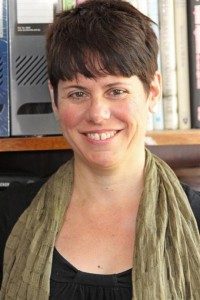 Australia is among the most multicultural nations in the world, with nearly 27% of its population born abroad and growing numbers of migrants from Asia, the Middle East, and Africa. It prides itself on embracing of the diverse communities of which it is composed, and celebrates migrants’ contributions its foodways. However considerable controversy has recently arisen about halal foods, particularly meat products, in relation to concerns about animal welfare, partially in response to increased labeling and visibility of these products. This paper presents qualitative research findings from a project on ethical consumption to disentangle the issues underlying halal avoidance, highlighting several key themes. First, although participants mentioned concerns about ritual slaughter as a main motivator, they typically are not aware of the actual methods used for killing food animals under halal certification requirements or otherwise. Second, they emphasized fears about how their purchases may be contributing to what they view as unethical practices, and object to their inabilities to ‘opt out’ of purchasing halal. We contend that avoidance of halal products is based much less on knowledge or on consistency with other choices about animal welfare or ethical products but on sociocultural pressures which are causing non-Muslims to ‘other’ Muslims through criticism of this food choice, and represent a form of ‘culinary xenophobia.’ Thus we use the anti-halal movement as a way to analyze food choices and animal-human relations, and the complexities of human relationships that can be exposed via food in our increasingly globalized society.

Professor Rachel A. Ankeny is an interdisciplinary teacher and scholar whose areas of expertise cross three fields: history/philosophy of science, bioethics and science policy, and food studies. She is an Honorary Visiting Professor in the College of Social Science and International Studies (Philosophy) at the University of Exeter (UK) and an adjunct faculty member in the Center for Biology and Society, College of Liberal Arts & Sciences, at Arizona State University (US). Her research is considered highly interdisciplinary, scholarly, and generally accessible, evidenced by the fact that her talks are typically attended not only by academics but also members of the general public. She also is well-recognized as a scholar who can translate academic findings in ways that are relevant for students and the broader community.