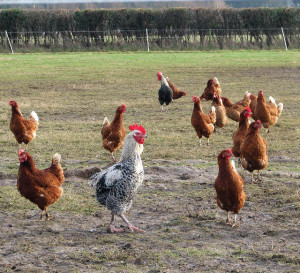 Her keynote address, “Exploring the Intersections of Consumer and Citizen Attitudes toward Animal Welfare,” discussed the notion of “food citizenship” as a valuable approach to public engagement with food policy:

“Animal welfare is increasingly a focus for members of the public, particularly given the rise of ethical consumerism. However, deep and perhaps irreconcilable differences underlie many existing conceptions of what counts as good welfare and humane treatment of animals, especially in the context of animals produced for meat or used to make other edible products.

“This paper constructively explores these tensions by looking at more ‘scientific’ definitions in comparison to those definitions which underlie public attitudes, including amongst meat consumers and those who avoid animal products.

“I suggest that utilisation of the concept of a ‘food citizen’ is critical: everyone has (or should have) an interest in creating conditions that permit the development and maintenance of democratic and socially and economically just food systems.

“The difficulties associated with acting as a responsible food citizen lie in the details about what counts as just, what actors’ interests should be considered, what other factors should be included in our ideal system (such as environmental or economic sustainability), and how we measure such outcomes.

“A key aim of those who wish to foster more public involvement in food policy, including animal welfare standards, should be to encourage the exchange of arguments and reasons associated with the values that people hold in real-life contexts, rather than merely focusing on opinions or purchasing preferences.”