Researching Values and Meat Consumption: A Seminar with Emily Buddle and Yvette Wijnandts

For the Food Values Research Group’s September seminar, we present a double header featuring the work of two of our advanced postgraduate students. Each talk takes a very different approach to studying values around meat consumption.

Where are the women? Intersectionality as a tool to make peace with my inner feminist when talking about meat, cultural difference and animals 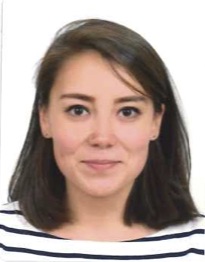 “Intersectionality” is, at its core, a feminist concept. First used by feminist and critical race scholar Kimberlé Crenshaw (1989; 1991), it described the precarious position of black women in the American legal system. Quickly, it became a buzzword within feminist theory and now the popularity of the concept amongst all ranges of the social sciences and humanities has, arguably, alienated it from feminism all together. To a certain extent, the same has happened to my research. Identifying myself first and foremost as a feminist scholar, often I cannot help but wonder whether this is justifiable when my research focusses on cultural difference and animals, but not on women. As a feminist scholar, the disappearance of women from feminist theories and concepts seems like reason for panic but during this presentation I aim to make a convincing argument that moving beyond women can be an act of feminism too.

This paper presents my search towards the meaning and value of the concept of “intersectionality” in my research towards the intersection of cultural and species difference in discourses surrounding practices of eating animals. In the Netherlands, it is illegal to slaughter animals without sedating first, except when this is required for religious diets. Yet, since 2012 this exception became scrutinised in Dutch politics, leading to large public debates about this matter. Whereas previous research has looked at intersections between sexual and racial difference and meat (i.e. Adams, 2015; Singer, 1975), this has been done from a more moralistic perspective than I aim to do. Instead, I use intersectionality to examine the power relations that influence how species and cultural identities become constructed in debates that supposedly only discuss animal rights. More specifically, looking at un-sedated religious slaughtering, I aim to examine how the Islamic and Jewish population were represented in different manners during these discourses, while the exception in the law affected both groups similarly.

Yvette Wijnandts has a background in gender and ethnicity studies. For her PhD research at the University of Adelaide, she uses postcolonial theory and critical feminist theory on ethics to gain a deeper understanding of the discourses surrounding animals in the food industry. She aims to show how different structures of power intersect, specifically that of culture and religion, with the issue of animal rights in a globalizing world. 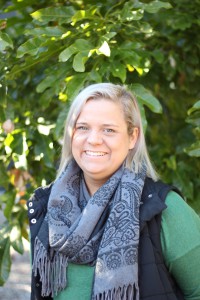 Meat consumers are increasingly interested in livestock production practices. There is tension between the desire to consume meat and wanting to make ‘ethical’ food choices. In 2015 and 2016, sixty-six meat consumers from Australia participated in focus groups and interviews, structured around topics such as on-farm welfare and meat purchasing decisions. While exploring how Australian meat consumers conceptualise animal welfare, the transportation and slaughter of sheep and beef cattle were highlighted as key areas of concern, including road transport and shipping conditions related to live export.

Emily Buddle is a PhD candidate within the Food Values Research Group and the University of Adelaide. Her project is part of the ARC Linkage Project “Getting to the meat of the matter”. She has been exploring the attitudes of Australian meat consumers about animal welfare in the sheep and beef cattle industries. Emily has enjoyed coupling her passion for Australian agriculture with developing new skills in social science methodologies during her PhD and wishes to continue in a similar space post-PhD.